THE STRENGTH OF GERMANY’S PASSPORT

It’s just been released! Once again Germany comes out on top for country with the strongest passport.

It was big news when I posted about last year’s announcement but now it’s like, well yeah–Germany’s awesome. Of course they’re welcome all over the world; chances are pretty high that they’ve got beer and schnitzel with them.

Passportindex.org has once again ranked the passports of the world according to how many countries passport holders can enter visa-free. Germany took the top spot again with 158 countries, closely followed by Sweden and Singapore with 157 and a slew of other European countries all with 156.

THE STRENGTH OF GERMANY

The strength of Germany’s passport really got me thinking… Is there anything Germany doesn’t excel at? They’ve certainly got the market cornered on auto engineering (and the accompanying infrastructure), supermodels, and blatant public nudity. (Yowza!) And besides their passports, Germans are just strong all around.

If you’ve ever been served a round at Oktoberfest, tasted an eisbock, been to a gym in Berlin or tried to smuggle Alpo through an airport then you certainly know the levels of Germany’s brute strength. They’ve got strong servers and even stronger deadlifters. They’ve got strong beers, strong dogs, and really know how to scare the crap out of you with those strong German words.

THE STRENGTH OF GERMANY’S PEOPLE

I’m going to focus on just a couple here because if I were to go into detail describing all the strong Germans I’ve seen in my life, Oktoberfest would have come and gone before I finished. Actually, not a bad way to pass the time.

For starters there’s Patrik Baboumian. A native Iranian who emigrated to Germany just a few years into his life. Baboumian holds a lifetime of weightlifting records and titles including the 2011 title of “Germany’s Strongest Man.” He currently holds the world log lift record (in his division) with 185kg (408lbs) lifted and keg lift record with 115kg (253lb) lifted. He may have been born in Iran but if lifting kegs and heavy logs doesn’t make you a bona fide German, I don’t know what does.

Next up is our dear friend Matthias Volkl. Last fall Volkl earned the title I gave him, “Masskrug King”, after setting the world record for a masskrug run. He carried 27 full beer steins for 131 feet at Munich’s Hofbrauhaus. It takes me two hands to carry one so… yeah, I’ve got some work to do.

Feeling inadequate yet? Let’s move on.

THE STRENGTH OF GERMANY’S BEER

Typically, the strength of German beers is nothing to update your Facebook status about. The average Munich lager runs around 5.2% ABV with those Optimator outliers coming in at around 7.6%.

But in 2011 the people at Schorschbräu in Gunzenhausen, Germany (they have just the best town names) released their Schorschbock 57 – a 57% ABV eisbock and current holder of the title “World’s Strongest Beer.” And all while adhering to the good ol’ German purity law. German beers: strong, pure, and the fastest way to funky town.

THE STRENGTH OF GERMANY’S DOGS

If you came up with a list of dogs you’d least like to have chase you through an airport, I’m quite sure the German Shepherd would be at the top of that list. These dogs share the occupations of even some of the strongest people in our world: policemen, military servicemen, junkyard security guards, Arnold Schwarzenegger movie co-stars. They save countless lives by stopping drug smugglers, sniffing out explosives and by catching fleeing criminals. And all with smiles on their faces. Oh, and those 108 kilograms (238 pounds) of bite force that make them one of the strongest dog breeds in existence.

So what’s the moral of this story?

Our world is a wondrous place with no lack of beautiful scenery, unique delicacies and interesting cultures. It’s packed with countries offering fun traditions and careless revelry, mind-blowing sights and friendly faces. But Germany will beat them all in a thumb war. 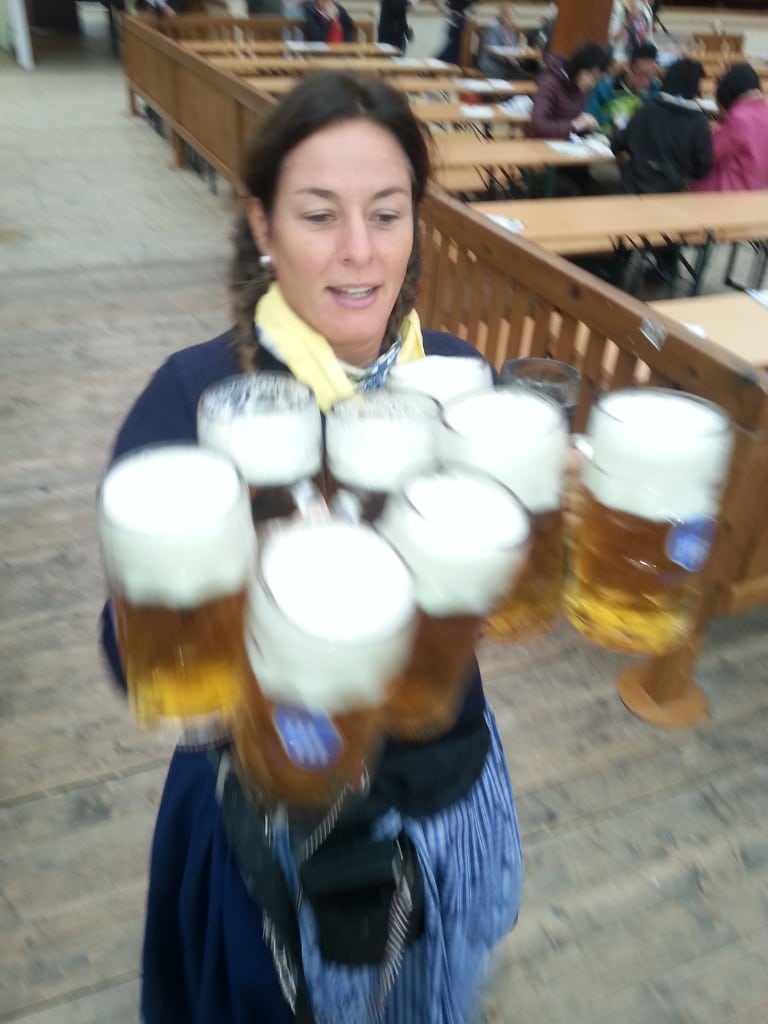 Don’t believe me? Book your spot on one of our Oktoberfest 2017 tours and find out for yourself. But don’t say I didn’t warn you! 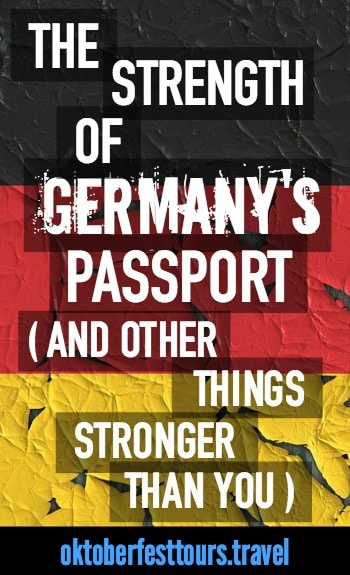