The official Oktoberfest 2018 beer prices were announced today by the town of Munich, with a Mass (1 litre) of beer now over 11 Euro in all large beer tents. This represents a significant price hike over the previous year, when the most expensive beer at the major tents was 10.95 Euro.

>>> With the festival almost upon us, it’s time to start planning for the 2019 Oktoberfest <<<

According to the beer tent hosts, this 5% increase is primarily due to a rise in security costs for the 16-day festival, which the town of Munich has passed onto the hosts via their lease arrangements.  These were up 53% over the previous year said spokesman for the tent hosts Peter Inselkammer 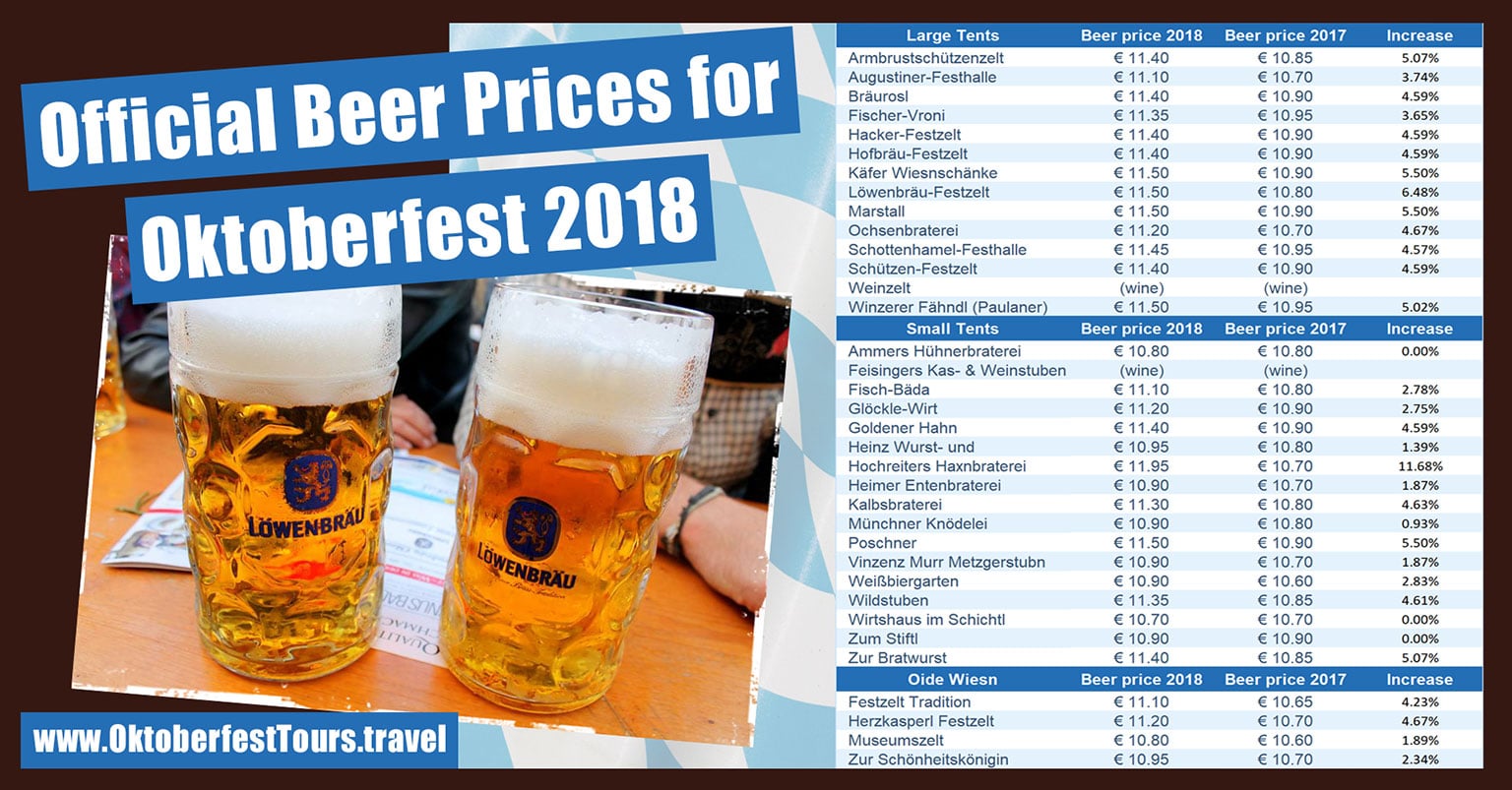 Prices for Oktoberfest beer are always a contentious issue and cause much resentment in Germany every year. In Bavaria they even make the headlines when announced and cause much discussion on social media.

Find out all the info on the 2018 Oktoberfest here. Dates, what to wear, best days to attend and more.

Thinking of going to the world’s greatest beer festival? Here is everything you need to know about Oktoberfest before you go. 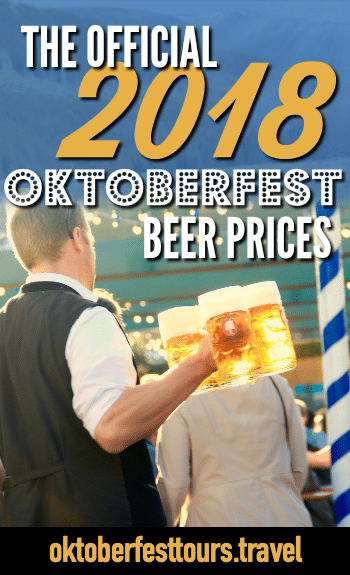