Home  /  Oktoberfest Tradition  /  Checking Out the Historical Side of Oktoberfest

Checking Out the Historical Side of Oktoberfest

For the 2010 Oktoberfest, as part of the 200th Oktoberfest celebration, there was a family-friendly, much more peaceful and nostalgic ‘extra fest’ in the southern part of Theresienwiese: the ‘Oide Wiesn’ or Historical Oktoberfest. The Oide Wiesn was only supposed to be set up for the 200th anniversary of Oktoberfest, but it was so popular it happened again in 2011 and has since become a permanent feature.

What’s at the Oide Wiesn?

The Oide Wiesn with its Festzelt Tradition offers many historical show booths and carousels in addition to two big festival tents, one of which provides an old Bavarian-style atmosphere and the other displays traditional Bavarian culture and customs. These tents avoided modern colourful decorations and instead went with evergreen garlands to create a traditional Bavarian festival tent atmosphere. The menu in the historical tent offers traditional Munich dishes such as Rumford’s soup and Munich-style weisswurst.

The Oide Wiesn also features horse races, a museum tent with Schuhplatters and Goaβlschalzers and an animal tent where various domestic animals and livestock were displayed. 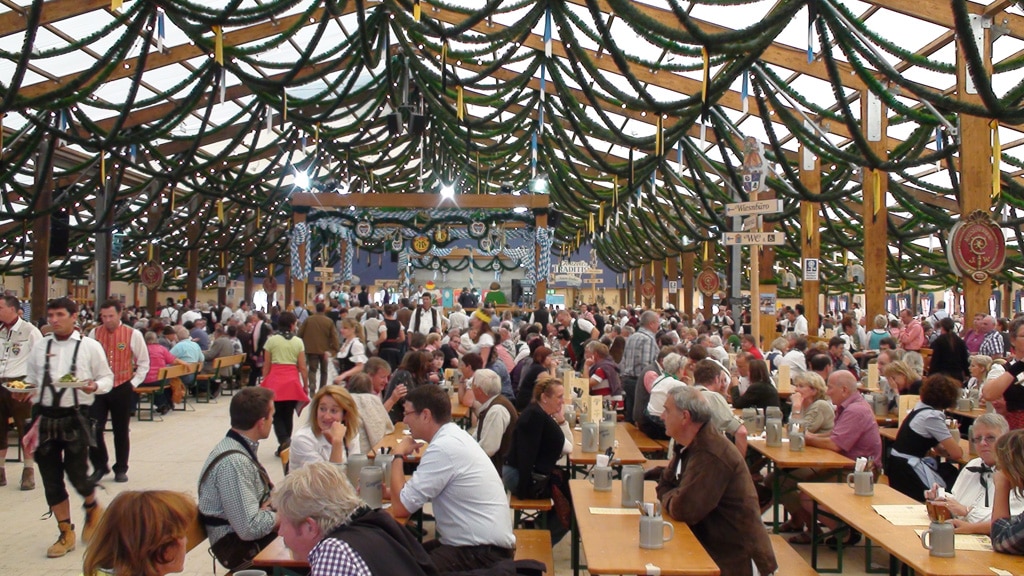 This tent accommodates 3,500 guests with space for an extra 3,000 in the beer garden. In the tent, the Bavarian band Wolfgang Grünbauer plays traditional Bavarian tunes and in the tent centre is a dance floor where folks can dance. On the roof of the tent you can see figures of King Ludwig I and Therese of Saxe-Hildburghausen, who wedded more than 200 years ago.

In the Oide Wiesn, you can also be treated to the anniversary beer brewed specifically for the anniversary but carried on every year for the Oide Wiesn by the six traditional Munich breweries: Augustiner, Hacker-Pschorr, Hofbräuhaus, Löwenbräu, Paulaner and Spaten. This beer is amber-coloured, has a full-bodied malt flavour, is pulled from big wooden kegs and served in stone mugs like it was 200 years ago.

In the Heart Punch Marquee tent is the cultural centre for Oide Wiesn, where the Bavarian zest for life is celebrated through a number of impressive performances. Inside, there are two platforms and room for 864 guests plus room for 880 more in the beer garden. The Heart Punch Tent has a morning and afternoon program. The tent’s name, Heart Punch, is reminiscent of the late 2009 Munich folk actor Jörg Hube, whose signature role was for many years was of the Heart Punch.

How Much Does Oid Wiesn Cost?

The entry price for the Oide Wiesn also harkens back to the old days when things were cheap. Entry costs just three Euros, which includes access to all historical tents and displays such as the performances in the culture tent and the horse race. It’s just Fairground attractions such as the carousel, gondola and show booths that cost one euro each. Plus you get a wrist-band with entry which gives you free re-entry through a separate entrance.

When Is It Open?

This year, the Oide Wiesn runs from September 20 to October 5 and is open from 10am to 10pm. 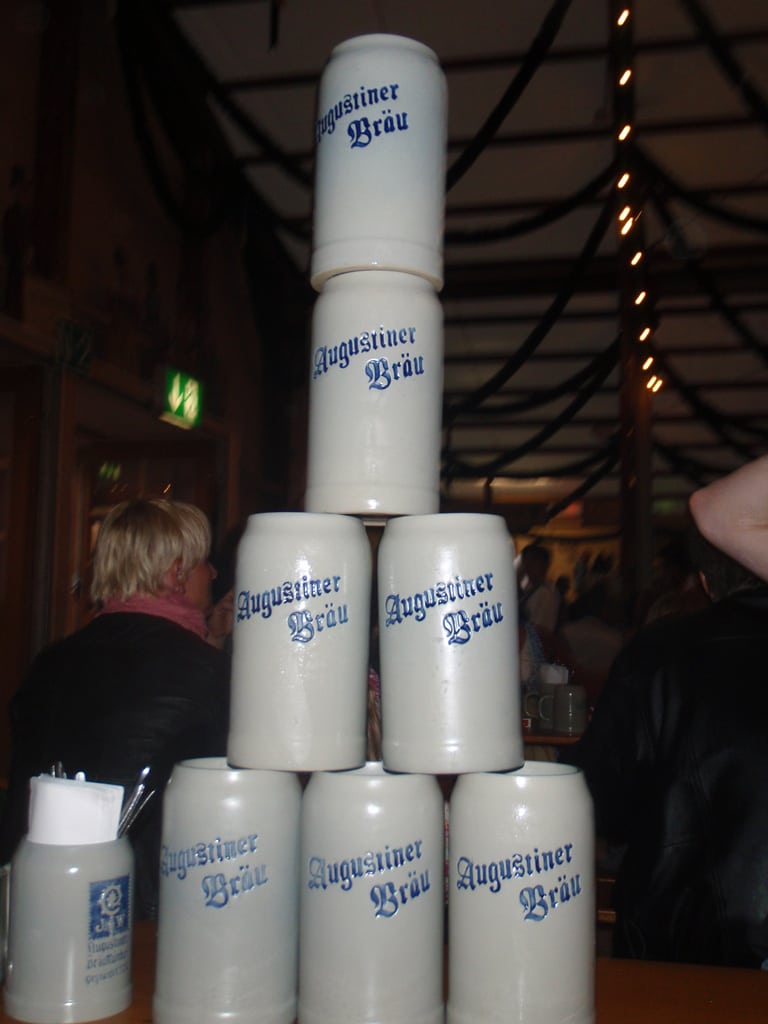 The beer mugs at the “Festzelt Tradition” are made from stone rather than glass.