Home  /  Fun Stuff about Oktoberfest  /  The Inside Track on Oktoberfest

The Inside Track on Oktoberfest

The Oktoberfest is the largest and greatest amusement fair and food and drink festival anywhere in the world. Held in the beautiful German city of Munich, in the southern state of Bavaria, the Oktoberfest is an event that runs for around 16 days, from late September until the early period of the month of October, each and every year.

The Oktoberfest is frequently known simply as the Wiesn to the local people, named after the Theresienwiese festival grounds on which the Oktoberfest takes place year on year.

An Event that Lives Up to Its Billing

You may well be aware of some of the history of the annual Bavarian Oktoberfest event, but what cannot be replicated in the brief synopses describing the Oktoberfest is the physical, tactile, sensory experience of actually being there. The Oktoberfest is truly an experience unlike any other, but how can the uninitiated patron, travelling to the event for the first time, get a sense of what it is really like?

Visitors to the Oktoberfest have described this great festival of beer and other culinary delights as a giant dress up party, where you can have the pleasure of drinking the best alcoholic beverages while munching on the most delicious food, amid the great spectacle of thousands upon thousands of other people. Many tourists who make the pilgrimage to Oktoberfest are not disappointed; indeed most regard it among their best travelling experiences. 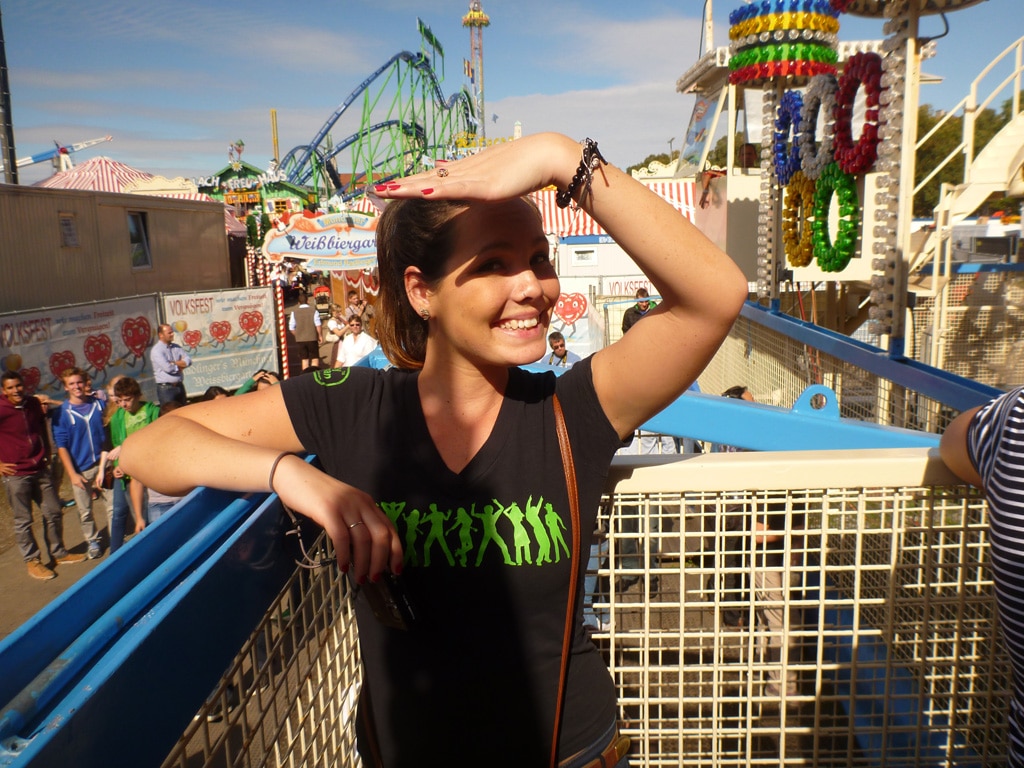 Many tourists who make the pilgrimage to Oktoberfest regard it among their best travelling experiences.

Frequent visitors to the Oktoberfest event will know that the weekend or weekday on which you choose to attend the event will make all of the difference.

The first week is the one where you will see most of the locals – if you are someone who likes to get a truly local flavour of the locale you are visiting then this will be the time to visit the Theresienwiese.

The second week is known locally as the ‘Italian week’, so called because of the supposed influx of Italian tourists during that week, which is not always looked on too kindly by the locals.

The final weekend is defined by some by the usual presence of large numbers of Australians, which is perhaps fittingly regarded as the craziest week of all.

Oktoberfest insiders know the advantages that come with extending your stay beyond just the Oktoberfest itself, to take in some of the surrounding area, including the city of Munich itself and the wider state of Bavaria. The Oktoberfest is regarded by many Bavarian locals as their own traditional event, one that sets them apart even from the rest of Germany, even though there are now copycat events that have sprung up around the world.

Seasoned campaigners at the Munich Oktoberfest know the necessity of booking a table in your favoured beer tent of choice well in advance of your arrival at the Theresienwiese. Don’t be one of the unlucky people caught out on the day. If you possibly can, be sure to book ahead and get a table in advance. If not, you risk being literally left out in the cold.

Think you’re ready for it? Check out these Oktoberfest Munich packages.