Beer and Oktoberfest Museum in Munich

If you want to explore the historical side of Oktoberfest beyond what’s featured at the Oktoberfest Oide Wiesn, you’ll find it at The Beer and Oktoberfest Museum in Munich. The museum is found just a few steps from the Isartor, at 2 Sterneckerstraβe. It is open all year round.

Treasures And Trinkets from Beer’s Past

There are many lovingly arranged little Oktoberfest details, starting with the tokens Ludwig I of Bavaria and his Therese threw to the cheering crowd from their carriage on their wedding day and the first day of Oktoberfest. They have the wonderful name ‘Wedding Tokens,’ and it makes quite the impression when you consider that the famous couple held those tokens in their own hands. You can also rummage through various drawers where you can find relics of past exhibitions.

Learning All About Beer

You will learn a lot about beer at the Oktoberfest Museum. You’ll learn about the brewery guild stars and learn that there were once more than 60 breweries in Munich. Imagine the sort of confusion that would cause at the modern Oktoberfest, having more than 60 beer tents! You’ll also learn that the only brewery that is still family-owned is Augustiner-Bräu. 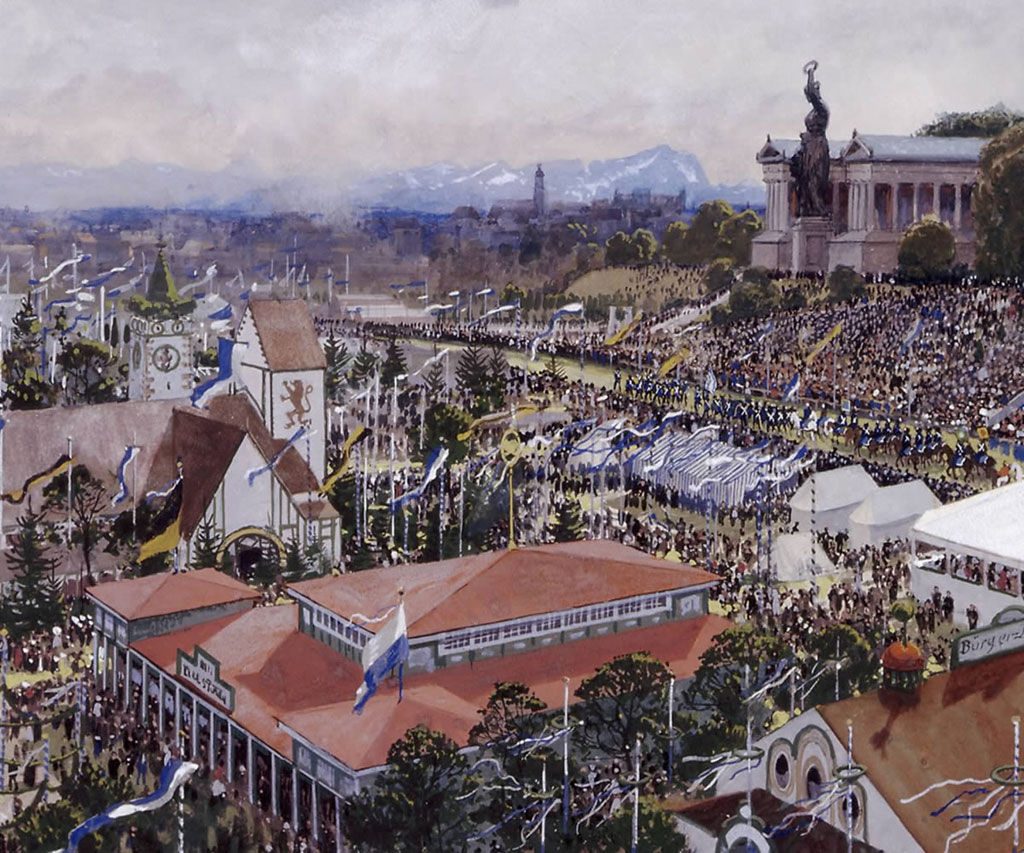 You’ll see how Oktoberfest was in the early days, all the way back to 1810

The best way of exploring the Oktoberfest Museum is on a guided tour. Through a guided tour, Munich experts will take you through the exhibitions with a wealth of intriguing stories about beer, Oktoberfest and the historic details of the museum. You need a minimum of eight people to make a booking and are available in English, German and other languages on request. The guided tours cost €5 per person and the tour plus beer tasting costs €9.50 per person. 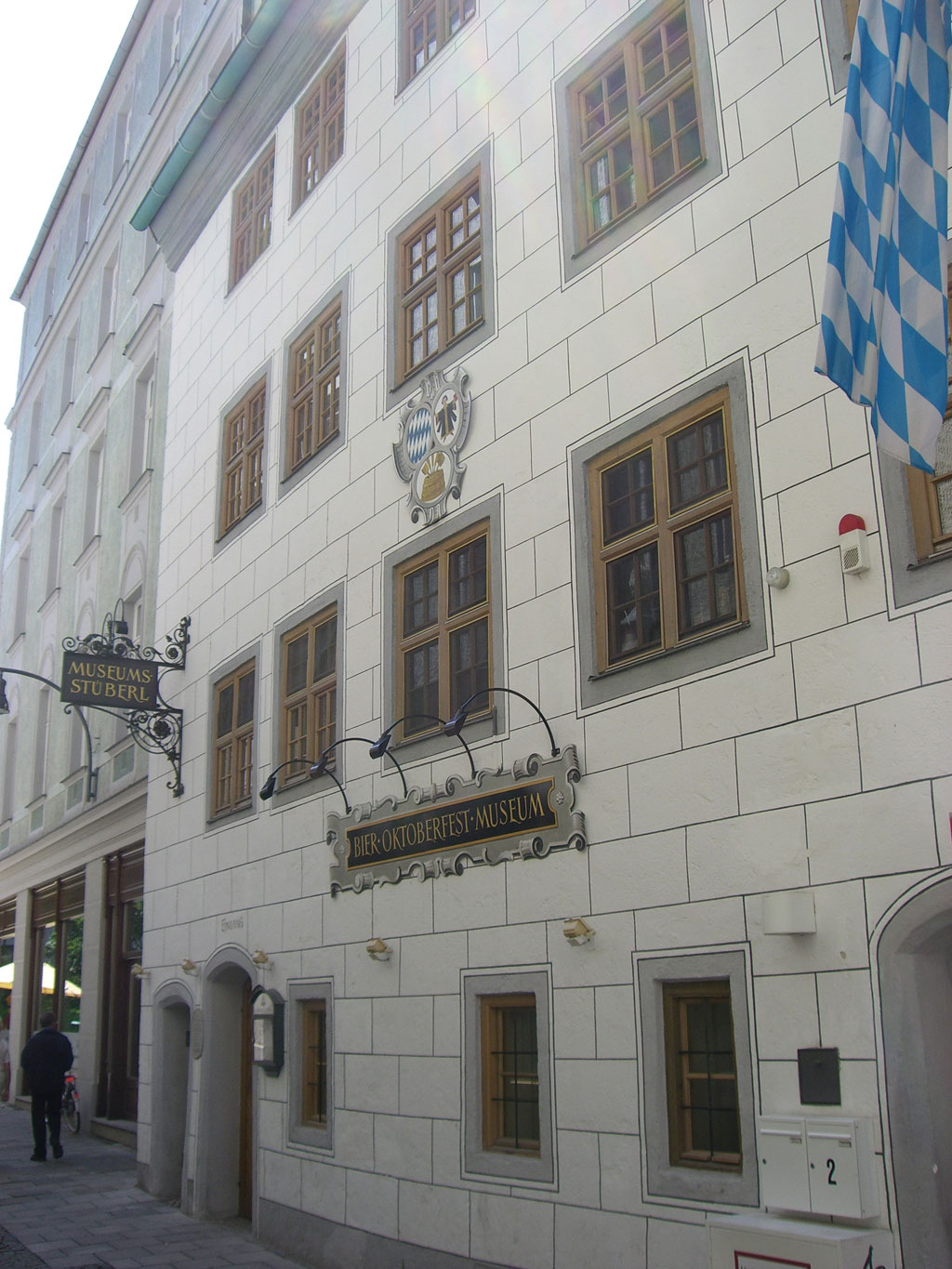 A guided tour at the Oktoberfest Museum is highly recommended. (Photo by Maximilian Dörrbecker, Wiki Commons)

If you opt for the tour plus beer tasting, you’ll meet the museum’s expert beer sommelier and other experts will give you interesting facts about beer including the variety available, the art of pouring beer and the secrets of sensory analysis, the skill of matching beer to food and the history of Bavarian beer.

The Beer and Oktoberfest Museum building was built in 1327 after the big fire ripped through the city. Fortunately it could be restored to its original form. From the highest floor right under the roof, there is a steep staircase called the ‘ladder to heaven,’ which leads right to the street, which was common in many Munich houses a hundred years ago.

The Oktoberfest Museum also houses an ancient, old Bavarian taproom and other old bars, displayed on separate levels and connected by little stairs, which is all very charming and Munichesque. There’s also an iron crown of hops hung over inns to show that beer was once served there. Be sure to say hi to the museum’s curator, Lukas Bulka.

The best way to reach the Oktoberfest Museum is by foot from Marienplatz.

Check it out at www.bier-und-oktoberfestmuseum.de/en