For over one hundred and eighty years Oktoberfest has allowed it’s patrons to have their fill. So it might surprise you to know that the event wasn’t always the 16-day-long beer-tent extravaganza that we know today. Over the decades Oktoberfest has grown to welcoming over six million people passing through its gates every year.

For most of us, drinking anything stronger than caffeine before 10am seems a bit inappropriate, unless you’re at Oktoberfest, in which case beer isn’t just a conversation starter, it becomes a way of life and living. Nowhere else in the world are so many people from so many cultures, nationalities and walks of life brought together in the same place for the same reason; to drink beer and have fun! 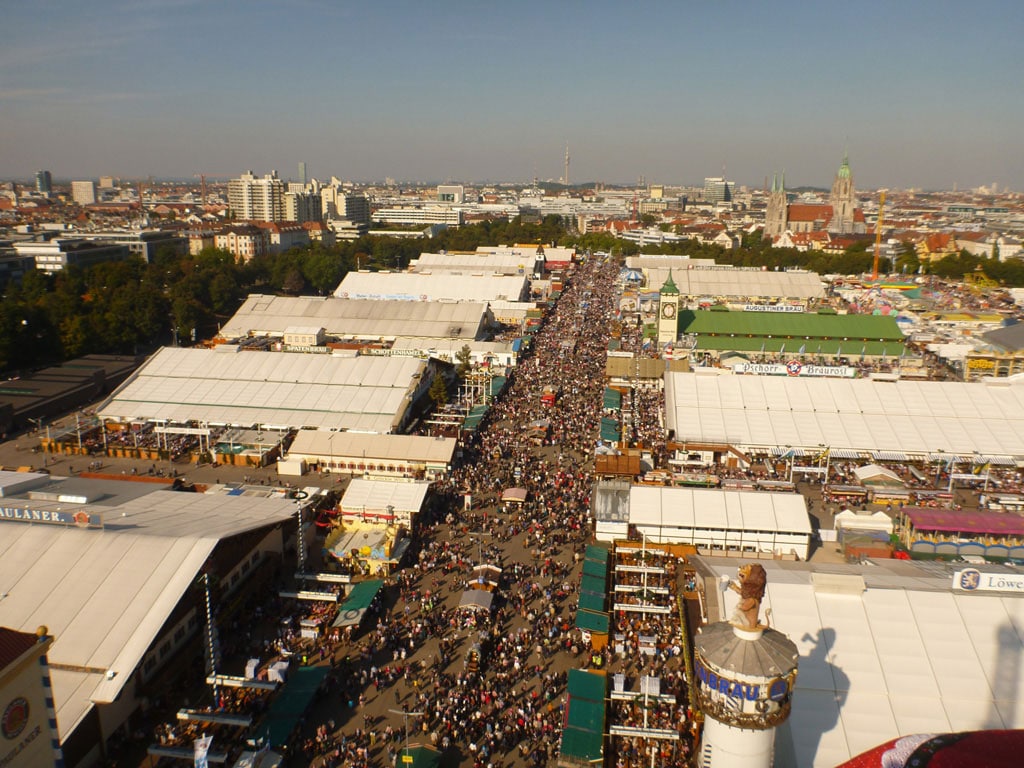 The fun doesn’t end when the festival grounds close every night.

After the opening ceremony and the ‘tapping of the first keg’ by Munich mayor, it’s easy to get lost in the pageantry of the daily activities and procession of parades. The music tends to contain more brass and has a more traditional vibe to it before switching to the beats of drum ‘n’ bass and futuristic techno, signalling the beginning of the ‘real’ Oktoberfest.

Those Bavarians Don’t Know the Meaning of Last Call

There is one thing that the Bavarians at Oktoberfest don’t seem to understand the concept of, last call. Just as the sun sets the atmosphere of Oktoberfest seems to change and every night – except Sundays – when the beer tents begin closing for the night, the infamous ‘Almdudler After Oktoberfest Party’ is only just getting started.

Taking place a mere 2kms away from the Theresienwiese is the Das ‘Wiesnzelt’ am Stiglmaierplatz, the event that has become synonymous with the word, Oktoberfest. Celebrating everything about the people’s love of beer and party atmosphere, the Löwenbräukeller has something for everyone and is the place to be until the early morning hours.

When it’s More Morning than Night

Imagine the sounds of the DJ greeting you at the door. Imagine three separate clubbing areas all with their own distinct tempo: the disco tunes of the central dance floor for those who want to keep to the traditional club scene, the Tower Room (or ‘Turmstüberl’) and the relaxed and open-air terrace.

What makes an Oktoberfest after party so special is that even though an all day drinking marathon is just hours away, there is no closing time. It is entirely possible to spend the entire time from September 20th to October 5th without returning to your hotel room. In fact, you can even treat yourself to the special VIP package that includes a table reservation in an exclusive seating area with the perfect view of the dance floor, personalized staff service and a special drinks menu.

At the end of each day at Oktoberfest what really matters is how much (or how little) you’ve slept. Remember not to burn yourself out in the first few hours if it’s your first time going along. You’ll want to make sure that you make the most of your time of your visit to the world’s largest festival.

Not everyone makes it to the After Oktoberfest Parties!