Home  /  Beer Festivals  /  Why Oktoberfest Blumenau is a Must-see

Why Oktoberfest Blumenau is a Must-see

Founded in 1850, the riverside city of Blumenau in Brazil is home to the biggest German festival in South America and one of the largest Oktoberfest celebrations outside of its original home in Munich.

The inaugural celebration was held in 1984 in the aftermath of a devastating flood a few years prior and it has gone on to become a major attraction for beer drinkers from all parts of the globe. More than just a celebration of beer, the festival is at its heart, a converging of Blumenau’s Brazilian-German heritage and a nod to the past. Festivities include the crowing of the Queen of Oktoberfest and a National Meter of Beer drinking champion.

There are many reasons to why so many of us have Brazil at the top of our bucket lists. It’s a vibrant place and a melting pot of cultures, sights and sounds and really is one of the best places on Earth to visit. Oktoberfest in Germany (or anywhere else for that matter), you’ll definitely want to check out what Blumenau has to offer in the way of beer drinking, fun, music and dance.

Just like the original festival, there’s a parade at Oktoberfest Blumenau

In fact, there are a number of reasons why you might like to choose Oktoberfest Blumenau over others across the world such as:

1. The party atmosphere
Oktoberfest held in Blumenau just so happens to be the largest Oktoberfest celebration in the world, second only to the beer-lover’s festival in Munich and attracts upwards of 600,000 attendees each year.

2. Bavarian culture
Blumenau was the centre of German immigration roughly 200 years ago and still retains its Germanic heritage. Many of the city’s most historic buildings are heavily influenced by this fact and you could early be forgiven for thinking you’re in Europe. 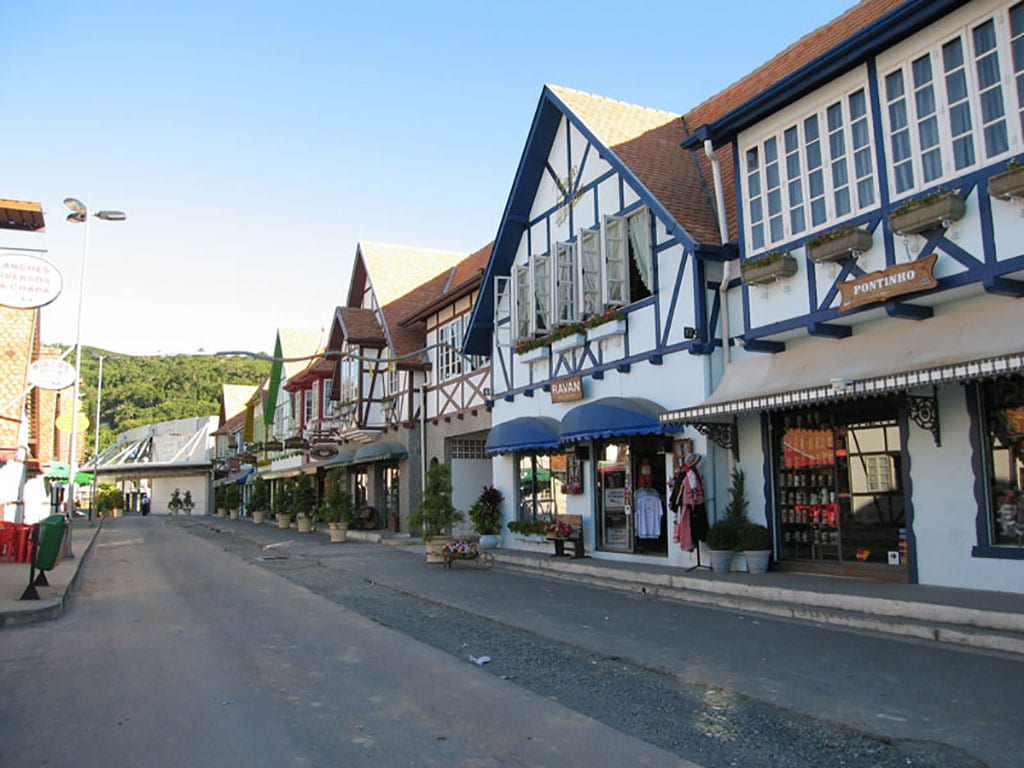 3. Great weather
If you’ve ever been to Oktoberfest in Munich you’ll know that the weather can be moody. The perfect weather in Blumenau ensures that the festival will never be cancelled due to rain.

4. Being in beer heaven
The South American country is the world’s third largest beer market behind the USA and China. Per capita, Brazilians consume 68.3 litres of beer earning the nation a rank higher than that of Denmark, DK.

5. The food
There is no shortage of authentic German cuisine in sight, not to mention beer gardens! Everything you could expect to eat and drink at an Oktoberfest festival anywhere else in the world, you’ll find it here, and then some.

6. The taste
Eisenbahn, Brazil’s oldest micro brewery is located in Blumenau, Santa Catarina and crafts many of its beers according to the Reinheitsgebot. German beer-lover’s the world over rejoice!

If you’re travelling throughout South America, Blumenau is definitely a place that you’ll want to stop by especially if you’re in the mood for 18 days of pure party pandemonium. If you’ve never been, it’s highly recommended that you attend Oktoberfest in Blumenau and book your flights and accommodation early.