What takes this thirsty man back to Oktoberfest in Munich every year since 2004? Read his fascinating story to find out!

My name is Pete Kühn and am- along with my brothers- first generation Americans living in the USA. My Parents and sister are German citizens from Northern Germany who came to the US in the late 1950’s to start a new life here where me and my Brothers were born years later. My parents had separated when I was young and my Father returned to Germany and my Mother and the family stayed in the US. I really wanted to live with my Father willing to go back with him to Germany but it simply was just a bad time for him to take me with him. I was really close to my Father when I was young, and my Mother would send me there during summer break from school for a few weeks almost every year to visit him. 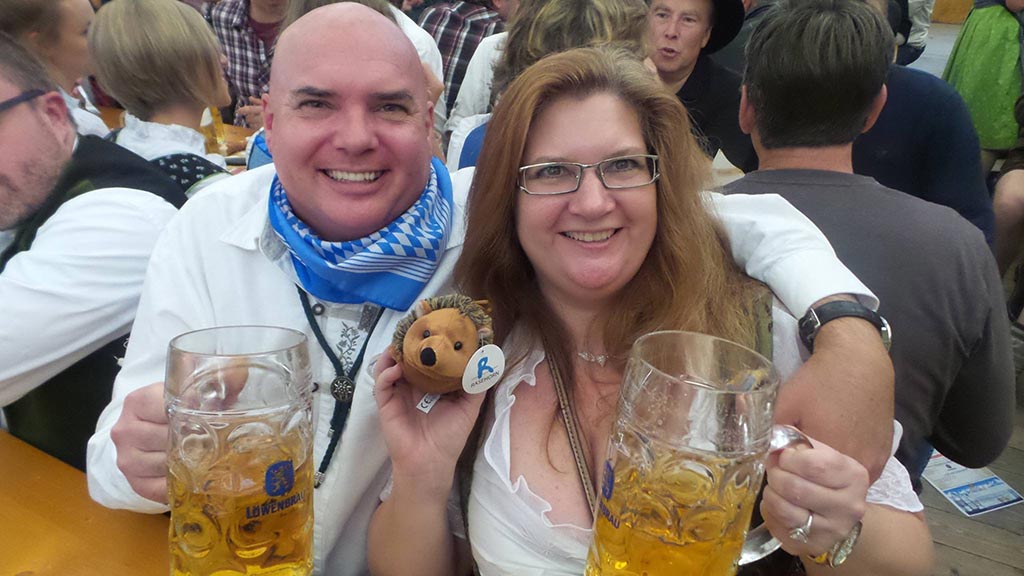 Eventually both got remarried and I as well got married and with this I still had a passion to visit him and be back home in Germany. My wife and I would visit him in mid September always because we have our wedding anniversary, his birthday and my step mother’s birthday all lined up 3 days in a row to celebrate. This is where it gets interesting.

With the Anniversary and Birthdays being in Mid-September we would celebrate and have parties at their home in Germany, drinking beer, eating well, watching football on TV then winding down to catch the evening news to always see film footage that meanwhile in Munich the beloved Mayor had tapped the Keg to kick off the start of Oktoberfest. At this very point is where my lore and passion for the Oktoberfest developed. I would remark that we should visit there so we can be part of this new found excitement I acquired where he felt due to his health conditions it would be a bit problematic for him where sadly he eventually passed away.

My wife and I still having the love to travel to Germany decided to visit Munich which led to our first Oktoberfest in 2004. Incredible! I thought as it unknowingly at that time became my passion in life to visit ever year since then. My love for Munich and Oktoberfest never stops, it’s all I think about. The moment one ends I am already thinking of next years Oktoberfest.

Yes, with this ritual of returning every year and making great friends, the friend list gets bigger and bigger where we were actually becoming a group, where eventually I set up a Facebook group called “Oktoberfest in Munich” to continue riding this wave of excitement for the Oktoberfest every day. I can simply say that I love it and that the passion of the Festival is so deep in my heart that its pretty much all I think about. 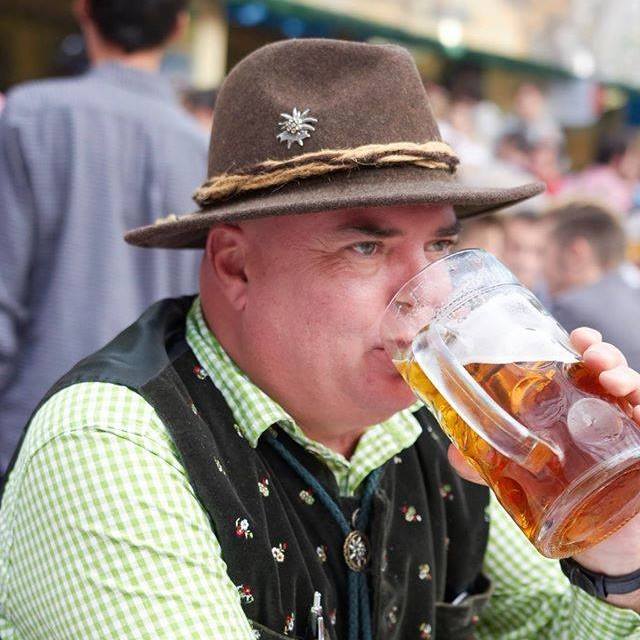 I have this fabulous group and never dreamed how it’s taken shape into what it is today and am so proud of my friends and the members in it. I try my hardest to meet as many as I can mange to see. I have my inner circle of very close Oktoberfest friends where we reserve tables to meet every year to be together to eat, drink and be merry, sort of like a Holiday in a way. Meanwhile as this is happening within the Oktoberfest in Munich group there are members meeting other members proudly identifying themselves as members of this fabulous group we have. When I hear of these meetings it makes me feel truly blessed that I have accomplished something good in my life that I stand behind each and every member that we are such a proud group, each with their own passion for the festival as well.

With this being said I am getting a little misty writing this. I just want to say that we all have one thing in common between our groups, pages and tours, simply put that it is a common tread- a thread of joy we all get from the thrill of Oktoberfest!