11 Beer Festivals Around the World You Just Can’t Miss

Sure, Oktoberfest is the best beer festival around, but it’s not the only one you should attend. In fact, why not attend them all? There are beer festivals all over the world, catering to all different tastes, and all with the same agenda—party on Wayne, party on Garth!

There are also beer festivals taking place in almost every month of the year so… better get to packing! Who wants to wait for Oktoberfest in September anyway? After all, you’ll need all those months leading up to it for practice.

Right in the center of the medieval wonderland known as Bruges, Belgium, 80 breweries from all over Belgium serve over 400 beers in one of the best beer festivals around. The festival takes place annually in early February and, therefore, under heated tents (amen to that). Admission to the festival is free and it’s the perfect place to get your taste on: lambics, trappists, and abbeys, oh my!

The Starkbierfest—also known as the Strong Beer Festival to those of us who can’t speak a word of German—is all dedicated to, you guessed it, strong beers. “Strong” beers being the dopplebocks made famous by those monks who cheated at Lent a really long time ago. The festival takes place during the entirety of Lent (sometimes March, sometimes April, something a lil of both) at the Paulaner Nockherberg in Munich, Germany.

The Great Australasian Beer Spectacular is a beer festival of a whole different color—it takes place in four cities: Melbourne, Sydney, and Brisbane, Australia + Auckland, New Zealand. It’s run by the geniuses behind The Local Taphouse—one of the most awarded craft beer venues in all of Australia. It takes place in either April, May, or June (depending on the city) and is annually attended by over 23,000 obviously awesome people. 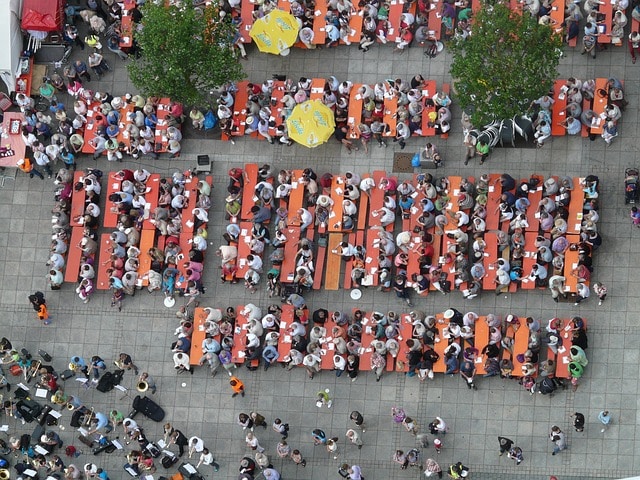 Over four days in May, Montreal, Canada gets simply bombarded with beer drinkers—about 80,000 of them to be exact approximate. At the Mondial de la Bière (that’s fancy French-speak for World of Beer, aka, #kitchengoals), 100 breweries offer up 500 products for your enjoyment. The 26th edition of this festival will offer tastings, food pairing workshops, guided tours, and more.

Next up, in a shocking turn of events, is the largest festival of its kind… in the land of wine. The Arrogant Sour Festival takes place each year in the town of Reggio Emilia, Italy and focuses exclusively on sour beers and the like: lambics, krieks, framboise, gose, berliner weisse, and many, many more mouth-watering options. 2019 will be the festival’s 7th year.

Much like the Great Australasian Beer Spectacular, BeerFes is actually a series of beer festivals in Japan taking place in Tokyo, Osaka, Okinawa, Nagoya, and Yokohama on different dates from June to September. The best beer festivals are the ones that can’t fit into a single city, right?

During the festival, you can taste as many of the beers from all over Japan on offer as you’d like and as many times as you’d like. So, what you’re saying is… it’s a sprint, not a marathon?

In true German fashion, Annafest has been celebrated in Forchheim, Germany since 1840—none of this “5th“ or “7th“ year business. Annafest lasts 10 days and sees about 450,000-500,000 visitors from all over. This festival, like many throughout Germany, is less of a beer tasting festival and more of a traditional folk festival with food stands, a ferris wheel, bands, and… well, you know the drill.

And with it taking place in late July / early August, you can go ahead and think of it as your Oktoberfest training sesh.

About to celebrate its 42nd anniversary, the Great British Beer Festival brings you 900 beers and ciders from around 200 breweries near and far—with about 450 of those being from British breweries. Over the week, about 350,000 pints of beer will be consumed, all inside the Olympia exhibition center in West Kensington, London. During the festival, the Champion Beer of Britain awards will also take place.

Sometimes referred to as the Asian Oktoberfest, the Qingdao International Beer Festival in Qingdao, China has been around since 1991 and offers more than 200 beer brands. The festival lasts for almost a whole month in what they call an “amusement park beach setting” – so, I’M SOLD. Like Oktoberfest, there’s also an opening parade, a kickass closing ceremony, and numerous venues with big tables full of beer lovers.

The BXLBeerFest operates under the slogan “The crossroads of beer and friends” so I guess that means no more drinking at home alone for you, buddy! Brussels, Belgium is known worldwide as one of the top destinations for beer lovers, so it’s no surprise they host an awesome beer festival of their own.

Only independent craft brewers are represented here—no mass producers—and they come from all over, not just Belgium. Additionally, they put a special emphasis on gastronomy here which is probably a little more than just frites and waffles, but, does it even need to be? Hmm… 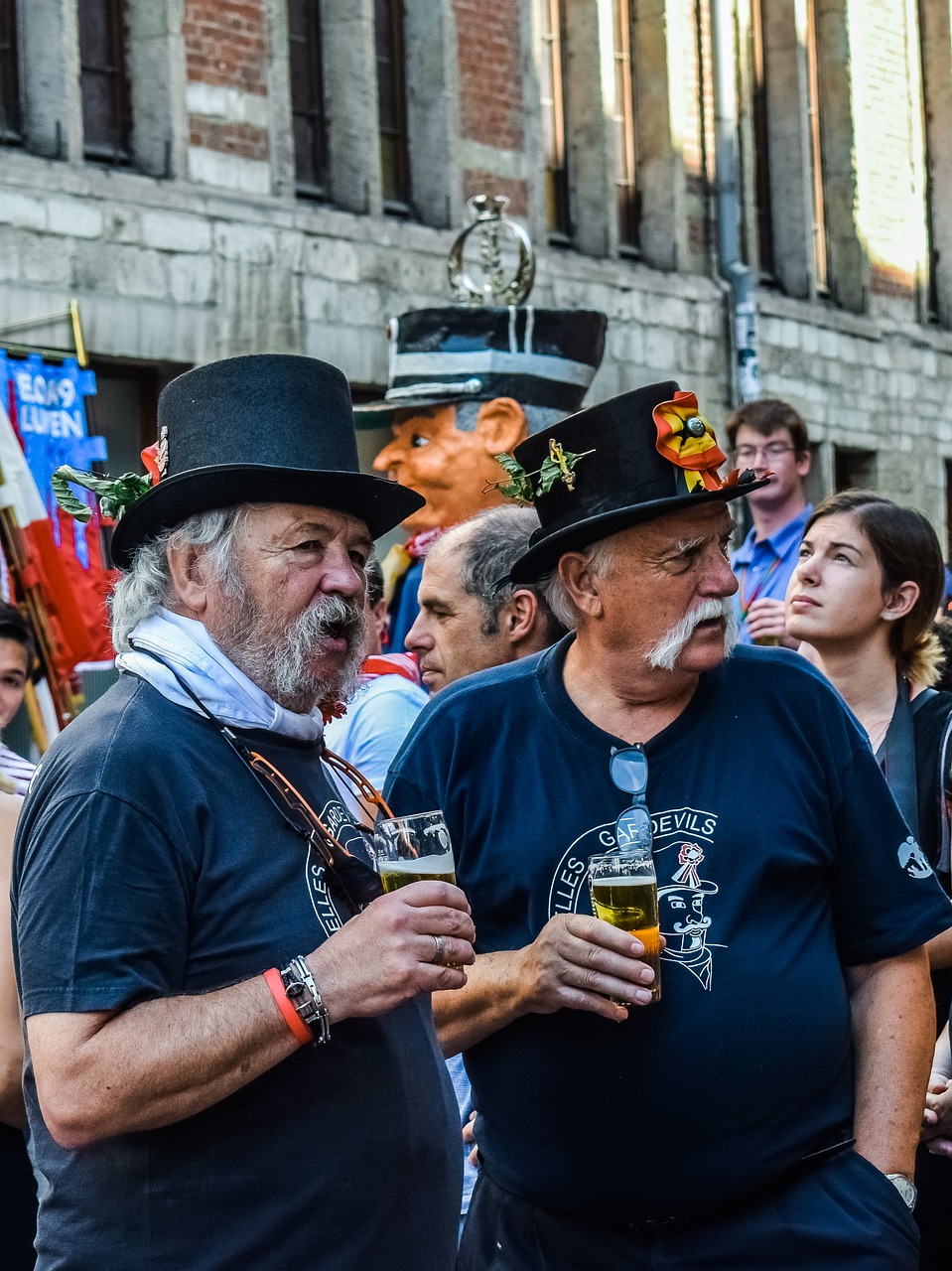 Go big or go home, unless your home is America, then you’re already huge anyway. The Great American Beer Festival in Denver, Colorado brings to you—drumroll, please—4,000 beers from over 800 brewers over three days. That’s the largest collection of American beers ever served in one place. Time to bust out the stretchy pants! The festival has been happening annually since 1982 and tickets to this event tend to sell out in mere hours. Come thirsty, y’all!

Feel like just sticking to the original? Check out all of our Oktoberfest tour options and pick the one that’s right for you. Let’s do this! 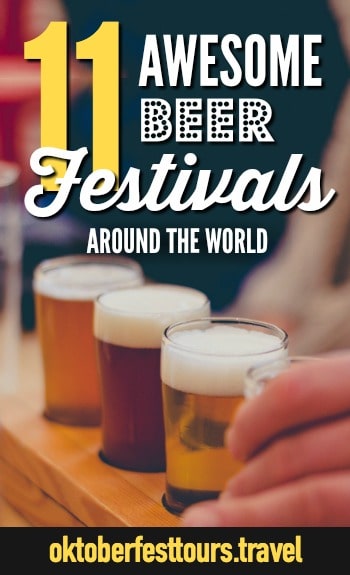