Few things go better together than beer and the country of Germany. Peanut butter and jelly? Nah. Peas and carrots? Forget about it! The two have been one hell of a power couple for centuries and it’s almost impossible to think of one without thinking of the other.

The brewing—and drinking—of beer in Germany is a major part of the culture and one of the aspects of daily life taken most seriously. The commitment, the longevity, the unconditional love… Attention couples everywhere: look no further for your #relationshipgoals! Don’t believe me? Check out these incredible German beer facts. 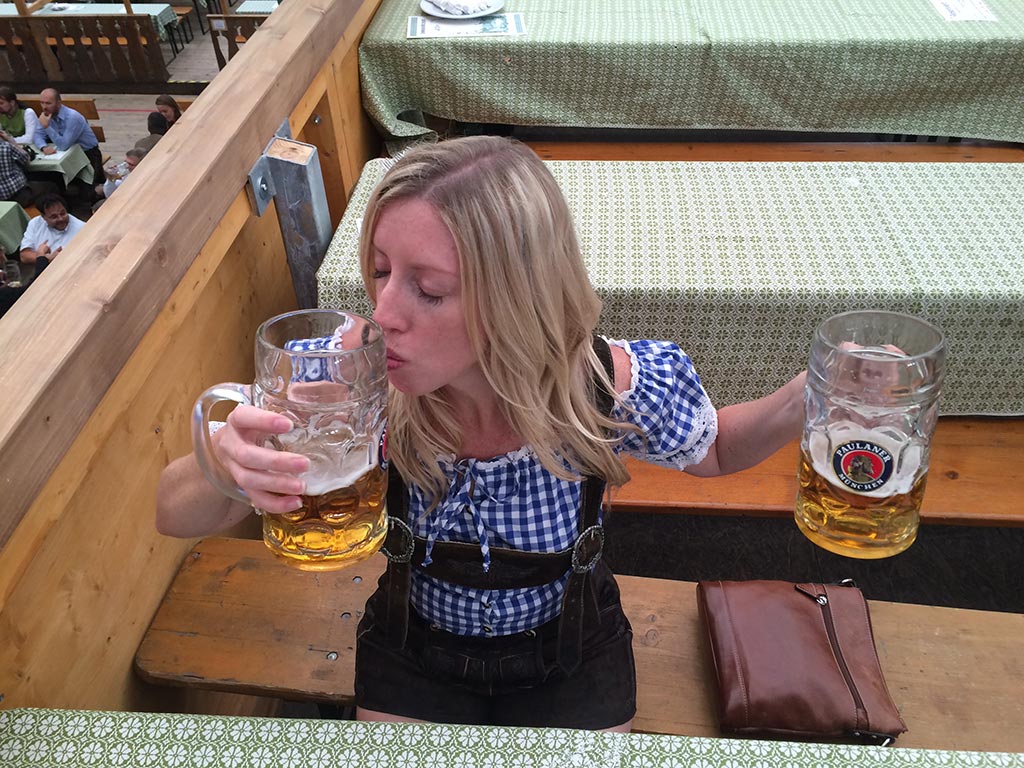 Germany and beer are a match made in heaven

It helps that Germany takes up almost 140,000 square miles of the European mainland, but still. Germany is home to more than 1,300 breweries that span north to south, east to west, producing over 5,000 brands of brew (that’s more than anywhere else).

Over half of these breweries can be found in the area of Bavaria—no surprise there—with the highest density of them located in a town outside Bamberg called Aufseß, home to four breweries and just over 1,300 residents.

02 | BEER HAS BEEN CONTINUOUSLY BREWED IN GERMANY LONGER THAN ANYWHERE ELSE.

Of all the worldly breweries producing the liquid gold today, Germany has the oldest and the longest continuously cranking ones out there.

The Benedictine abbey of Weihenstephan in Freising, Germany was established in the year 725 and has been brewing beer, non-stop, since 1040. I think it goes without saying that’s the undisputed oldest brewery in the world.

The concept of beer in Germany wasn’t conceived all those centuries ago for the purposes of making you a better dancer or giving you something to blame all your limbo attempts on—oh, no sir. If it wasn’t abundantly clear above, German beer got its start in the abbeys with the help of the monks. Those ingenious, forward-thinking monks.

You see, it all started during Lent when the monks would need to fast—but even monks need food to survive, go figure. They developed a drink they referred to as “liquid bread” that would satisfy their gastronomical needs during this period of fasting.

As popularity of the beverage grew, the monks began brewing—and selling—their liquid bread as a means to earn some badly needed funds. Can I get an “AMEN!” 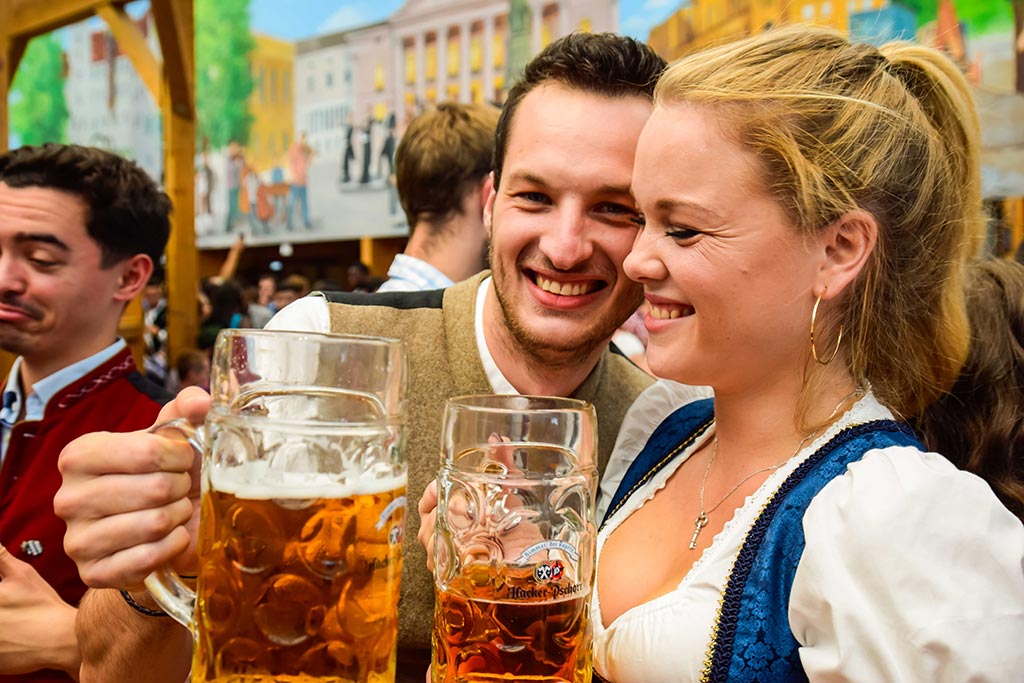 Even after allllll these years, beer still remains the most popular beverage in the life of a German. A recent study reports that 79% of Germans (67% of German women and 91% of German men) drink beer on a regular basis. In 2017, Germans consumed an average of 101 litres of beer per person over the course of the year. Go big or go… back to your kombucha-drinking country, buddy.

05 | GERMANY HAS A BEER-PRODUCING LAW.

Yes, there is actually a law that governs the production of beer in Germany. Forget petty crime and maternity leave, it’s beer that gets all the bigwigs’ attention.

I’m talking about the Reinheitsgebot—the 500-year-old “beer purity law” that mandates beer in Germany be brewed using only four ingredients—water, yeast, hops, and barley. Germany takes their beer very seriously and that means omitting artificial ingredients, weird-ass flavors, and all other hipster nonsense. Keep it pure! I have to drink 101 litres of this stuff by New Years!

06 | THEY ALSO HAVE A BEER POLICE SQUAD.

On this week’s episode of “Jobs I Wish I Had,” I am 100% not kidding when I say Germany not only has a law regulating beer purity, they also have their own beer police squad. Of all the German beer facts out there, this has to be the German-est.

It’s called Verein Gegen Betrügerischen Einshenken which translates to the Association Against Fradulent Pouring. True story. This organization was formed in 1899 to, essentially, prevent people from getting ripped off. Their 4,000 members (which include a former mayor) police the mugs at festivals and beer gardens, looking for those whose beer doesn’t reach the top line of the maß. Any glass whose foam dips below the line is in clear violation of what I believe to be a very serious mandate.

In what may be the most extraordinary show of admiration, Germany is home to the world’s largest festival dedicated to its love of beer—Oktoberfest.

There are beer festivals (even “oktoberfests”) all over the world these days, but Oktoberfest in Munich, Germany is the original, the biggest, and the mother of them all. See it for what it is—a giant, brightly-lit love letter from Germany to beer—and you can’t deny that true love exists.

Ready to finally attend Oktoberfest and try out some German beer for yourself? Check out all of our Oktoberfest tour options and pick the one that’s right for you. Let’s do this! 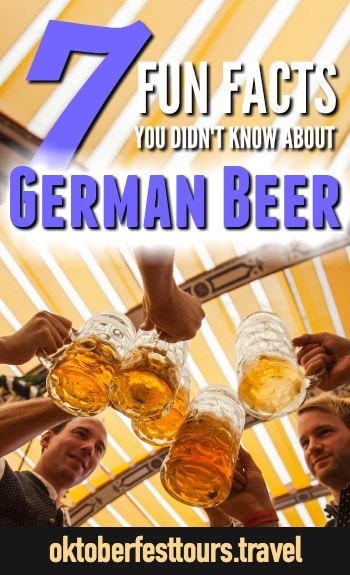