Oktoberfest 2019 ended on Sunday and the results are in: beer consumption reached an epic 7.3 million Liters at the festival.

While slightly lower than the previous year, when 7.5 million Liters were downed, the mostly cloudy and sometimes rainy days resulted in the outside beer gardens not filling up every day. It is still a staggering result however for a 16-day festival.

Of course it’s not just the beer consumption that makes for some fascinating statistics at Munich’s Oktoberfest in 2019.

The Oide Wiesn (the traditional festival grounds) experienced a big increase: over 550,000 people attended the Oide Wiesn, 50,000 more than in the previous year.

According to records from ATM-withdrawals, 55 nations were represented at Oktoberfest 2019 with the top 10 coming from USA, UK, France, Austria, the Netherlands, Switzerland, Italy, Australia, Sweden and Denmark.

This is Andrea, a Hofbräu-Festzelt waitress who is approx. 150cm tall. She is our new hero.

Some of the more interesting statistics that round up the 2019 Oktoberfest in Munich:

Perhaps the most unusual items found were a set of dentures, a children’s pram, a deck of cards, a measuring cup, a kitchen sieve, a wedding ring, a trumpet, and 635.60 EURO in cash. 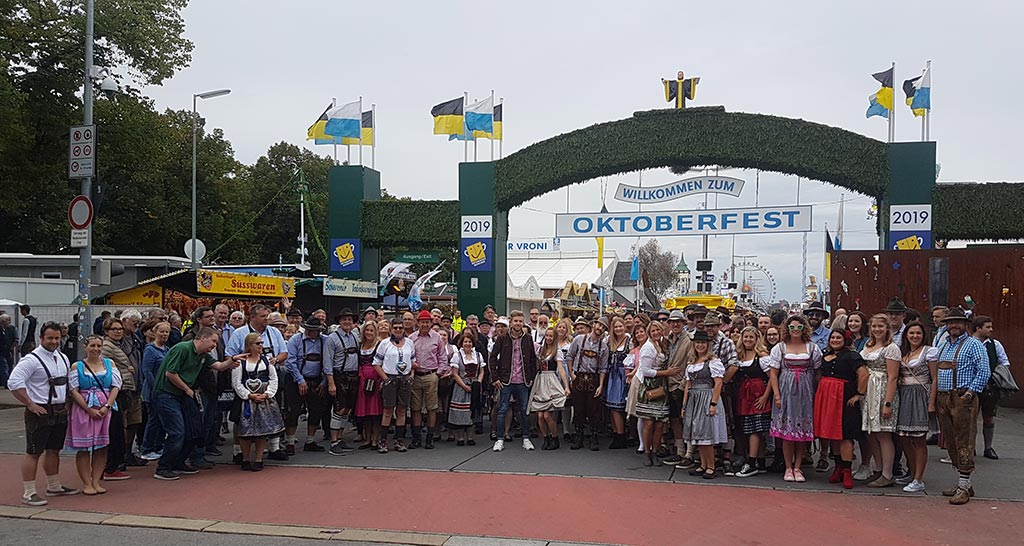 7.3 million Liters of beer were consumed at the 2019 Oktoberfest in Munich