So you’re stuck at home in Australia and can’t make it to the Munich Oktoberfest in Germany? A watched brew pot never boils, you know. Well, did you also know there’s a massive German festival right in your backyard? We’re talking about Oktoberfest Brisbane and you should get your maß over there because I hear it’s just the wurst. 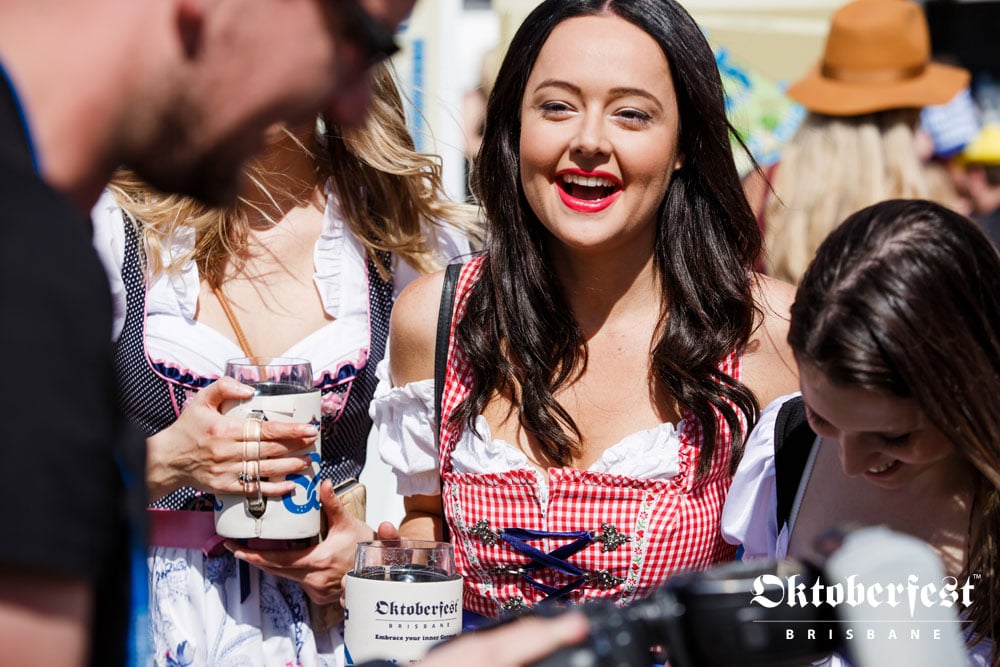 Nine years ago the Brisbane-based German-Australian festival directors Kim and Boris Zoulek began Oktoberfest Brisbane to introduce the celebration of German culture to the area and quickly grew it to Australia’s largest. (And from what I’ve learned in the last five minutes, Australia is HUGE.)

You can enjoy all the comforts of Bavaria: traditional clothing? Yes! Gut-pleasing German food and beer? Absolutely! Bavarian strong men? Heck yeah! A ladies’ cow-milking competition? Umm sure, why not! A little weird but I like where this is headed.

Bavarian Strong Man competition: Teams compete in events including nailing, a barrel race, tug-of-war, a jam-donut-eating contest, and of course–the Bavarian Strong Man-iest of all events–the maßkrugstemmen. Be still my beating lebkuchherzen.

Miss Oktoberfest Brisbane: Dirndl-clad ladies compete in stein holding, cow-milking, something called “Dress a Bavarian” which sounds pretty promising, and pretzel eating (oh, I got this). So… just your typical day in Germany, I guess. Nothing out of the ordinary here…

Beardmeister: Awwww yeahhhh. Men compete in the studliest of competitions in three separate categories: natural beard, freestyle, and natural moustache (natch’ ‘stache as I like to call it). Get to work, boys! Those handlebar moustaches aren’t going to perfect themselves.

There’s also a German car show, the Oktoberfeast, a special exhibit celebrating the 500th anniversary of the Bavarian Purity Law, and a puppet show for the brave souls out there. (Uhh, I’ll just be over here milking some cows. You guys go ahead…) 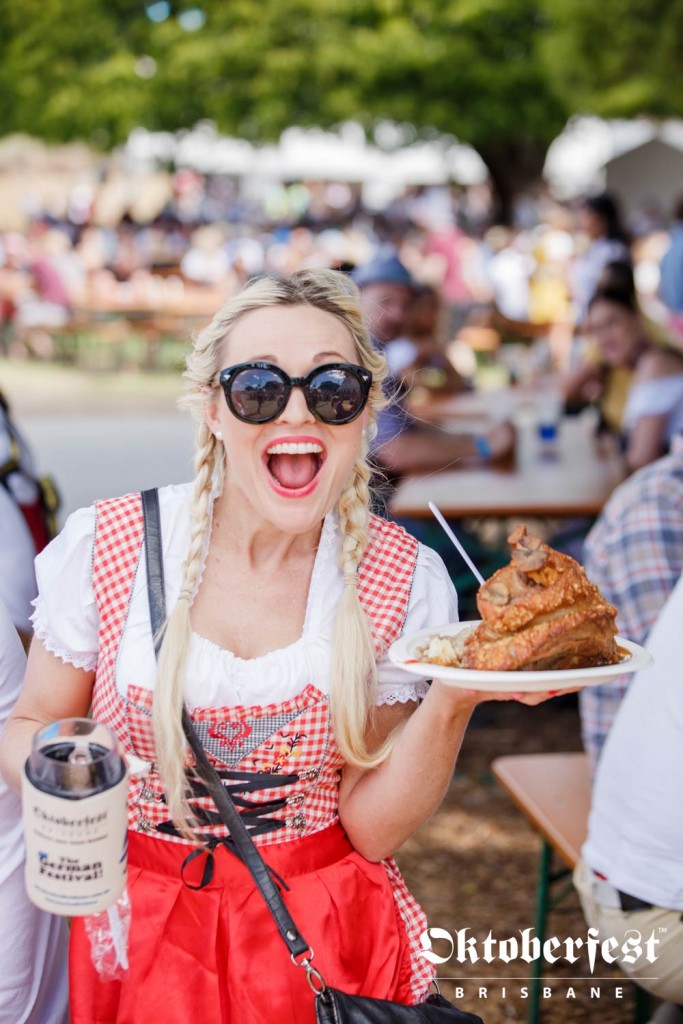 OKTOBERFEST BRISBANE FOOD & DRINK – CAN YOU HENDL IT?

As I mentioned, the food here promises to be the wurst. It’ll also be the pretz, the pork, and just the absolute strudel (and everything in between). They’ve got your half chickens, your spaetzle, your schnitzel, your plethora of pork. They’ve got ‘taters and strudels and oodles of noodles. All of Germany’s most famous and delicious dishes will be served so fill up! And then lie down for a minute because you know you’re going to need to.

On tap will be hand-crafted German beers brewed especially for Oktoberfest Brisbane according to that trusty ol’ Reinheitsgebot. You’ll have legendary Bavarian Brewery Tucher Braü to thank for the lager and weissbier and Queensland’s famous Burleigh Brewing Company for the dunkel. Germany’s own Brogsitter Winery will be entertaining all the winos in the haus.

So if you’re stuck in ‘straya or fresh off the plane from Germany with a deep-seeded need for MORE MUNICH, have no fear—Oktoberfest Brisbane is… somewhere over there. With all the authenticity and entertainment of Munich’s version, you won’t even know the difference after a little lager.

Visit the Oktoberfest Brisbane website to quench your thirst, or check out these Oktoberfest celebrations around the world.