An Ode to Beer

Beer. Benjamin Franklin proclaimed it’s proof that God loves us and wants us to be happy. Comedian Stephen Wright is credited as saying: “24 hours in a day; 24 beers in a case. Coincidence? I think not.” But I think my very own husband does beer the most justice with, “Hey, get me another one while you’re up, will ya?”

In other words, beer rules. Where would we be without it? On a Friday night, in life, or as a human race? What began at least as far back as 7000 B-freaking-C is still going strong in our everyday lives. We can’t watch sports without it; we can’t turn another year old without it; we can’t celebrate without it; and, if you’re anything like me, we sure as hell can’t survive a co-worker’s baby shower without it. 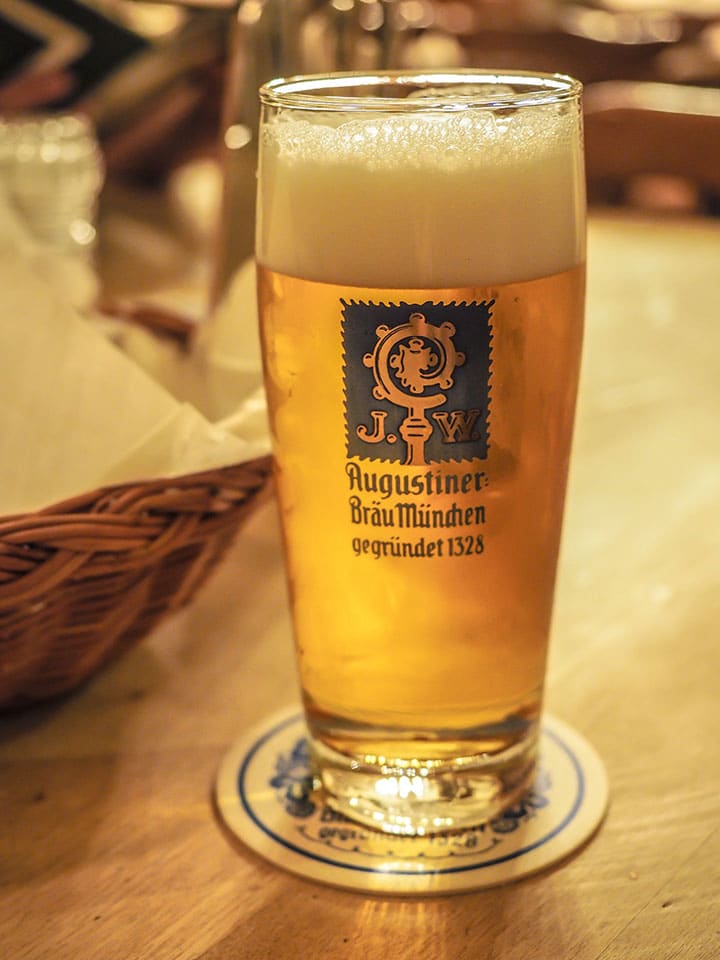 Ancient Chinese villagers produced small batches; Mesopotamians wrote poems honouring Ninkasi, the patron goddess of brewing (they had a patron goddess of brewing you guys); Egyptian pharaohs were buried with the stuff… in pyramids built by workers paid with beer. Yesterday, I waited out a blizzard with a sixer of IPA. Summed up, beer has staying power. After all this time, we still can’t get enough.

And we can’t get it enough ways. 4-packs and 6-packs and 12-packs, oh my. 20-packs and 30-packs and… look, just get a keg already–who do you think you’re fooling? Cans and bottles and 40s and growlers because sometimes you need a handle. We drink beer from mugs and snifters and steins and even das boot (if we dare). We drink from yards and funnels and upside down from kegs because the ancient Sumerians would have wanted it that way. I saw a guy at Oktoberfest one time drink beer from his own shoe. That, ladies and gentlemen, is how good beer is.

We brew it in our own homes and take it out on our (friends’) boats. We take beer trips around the world and tours to learn how it’s made–and that’s for damn sure the only reason we’d ever be invited into a monastery. We write jokes and read books and discuss it ad nauseam. We talk about it’s body, it’s mouthfeel, it’s smoothness, it’s head retention… wait, what were we talking about again?

We batter fish in it and shove cans of it up a roasting chicken’s butt. We use beer to both chill out and get psyched up and even wrap it up as holiday gifts. We bounce quarters and toss dirty ping-pong balls into it (at least that’s the goal) and have invented a thousand and one other games to play with beer. We compete to see who can drink it the fastest, hold it up the longest, and run the farthest with it. I even took a bath in it once.

Beer. Is. Life. and we all celebrate this fact in our own unique ways. Germany, home to a large chunk of beer’s modern history, takes their beer heritage seriously. Their beer purity law—the Reinheitsgebot—is no laughing matter… until you see a grown man in a dirndl, that is. Their celebrations are no joke either. At Oktoberfest—the world’s largest beer festival—beer (and dancing on tables) is serious business. Or beersiness. OK, maybe I’ve had a few already. In Australia they use beer as currency (thanks for the tip, ancient Egypt!), in America they dye it green, and just how many songs about drinking do the Irish have?

Well, probably one for every type of beer in existence. You’ve got lagers and dunkels and ales and stouts. Porters and pilsners and lambics and something called ‘gose’. There’s kölsch and helles and hefeweizen, APAs, IPAs and, my personal favourite, the ASAP. And they come in almost any flavour you can imagine (whether you want to or not): coconut and pumpkin and blueberry to state the mildest. Maple bacon, sriracha, and grape for those who know how to have a very weird time. But like presidential sibling Bill Carter once said, “There is no such thing as a bad beer. It’s that some taste better than others.”

And all of these are made from the same basic recipe of hops, barley, yeast and water. Beer—just four small steps for man, one giant, bumbling attempt at a leap for mankind. Because, if it weren’t for beer, what else would we drink with hot wings and pretzels the size of our faces? What would we shotgun in football stadium parking lots? What would we slam together any time something kickass happened? What would country singers sing about? And what would our hipster colleagues talk about all through lunch? 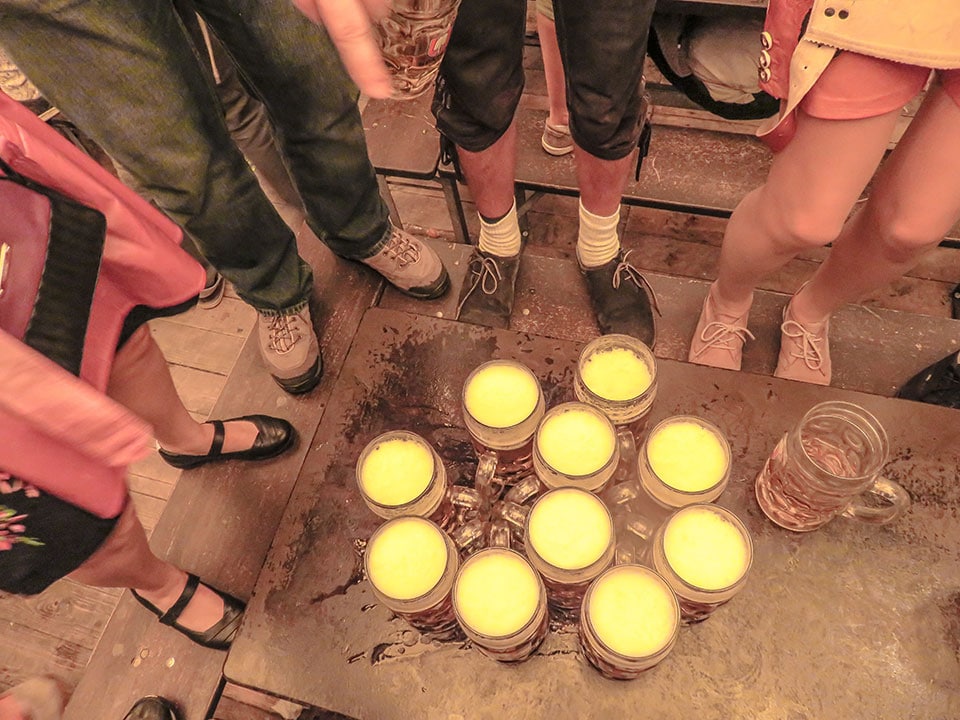 Has there even been a bigger scientific breakthrough in the history of man? I mean, this whole ‘beer’ thing was a complete accident as it was but aren’t all the most significant of discoveries? Sure, there’s that time Alexander Fleming accidentally discovered penicillin and started curing everyone’s diseases… but beer cures boredom and is there anything more detrimental than monotony? It saves a bummer of an office party from becoming terminal and makes family reunions tolerable enough to get by. Beer turns wallflowers into dancing machines and introverts into… whatever you call those people who rap “Baby Got Back” at karaoke bars. Beer is life-changing, life-saving, life-giving.

Just ask Mildred Bowers, living proof that beer helps you to live to (at least) 100. She credits her long life to having an ice-cold beer every day and who are we to question the health advice of someone who lived in a pre-penicillin world? You don’t see her going around proclaiming that an antibiotic a day keeps the doctor away, now do ya? Beer can lower your blood pressure and even stave off the degenerative effects of Alzheimer’s and Parkinson’s. It has high levels of antioxidants, helps prevent kidney stones, puts an end to insomnia and helps keep you sane when your in-laws come to visit. In short, beer does a body good.

And so we should all bow down to its magnificence. For as author Dave Barry once said, “Without question, the greatest invention in the history of mankind is beer. Oh, I grant you that the wheel was also a fine invention, but the wheel does not go nearly as well with pizza.” And he knows what he’s talking about—he won a Pulitzer. (It’s kinda like a Nobel, but for folks who write jokes about beer.)

Cheers to you, brew! 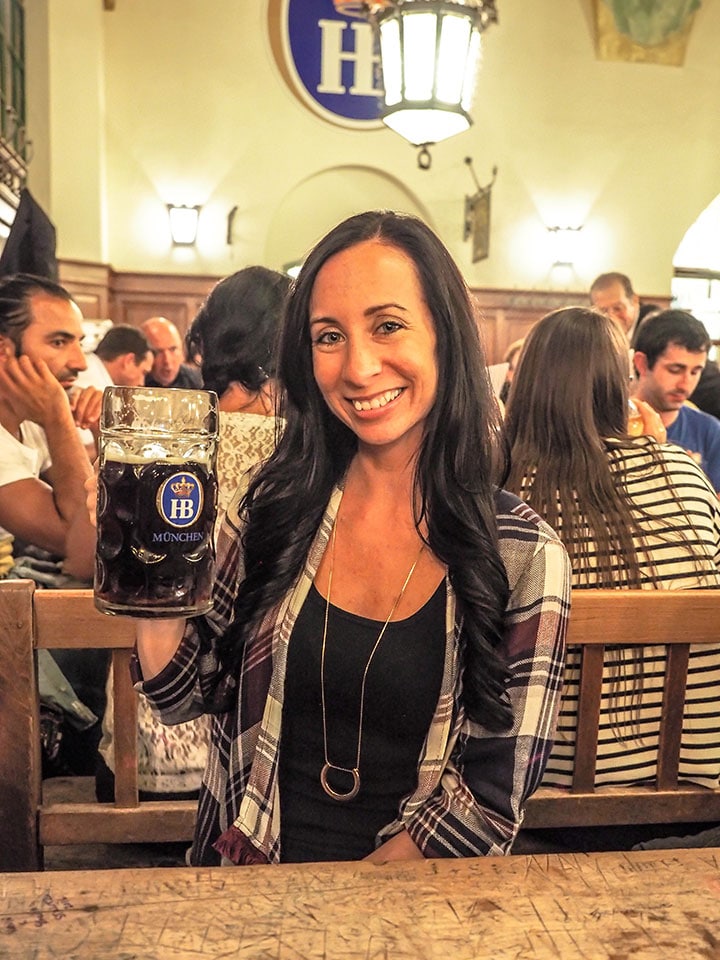