It’s one of the most common questions asked by people travelling to Oktoberfest with their children: What’s the legal Oktoberfest drinking age?

So if you’re planning on going to the festival with kids, you’re in luck – Oktoberfest is a family event, and people of all ages are allowed. The locals even bring their small children dressed up in Dirndls and Lederhosen.

So what’s the Oktoberfest Drinking Age?

Anyone over the age of 16 can legally drink beer in Germany without parental supervision. They cannot drink liquor until the age of 18. An interesting fact about Bavaria is that beer is actually considered a staple food.

Travelling to Oktoberfest with kids under 16? No problem, as long as they are accompanied by an adult. There are some time restrictions for when they can be inside the beer tents, depending on age. Here’s a handy guide for when you’re visiting with kids. 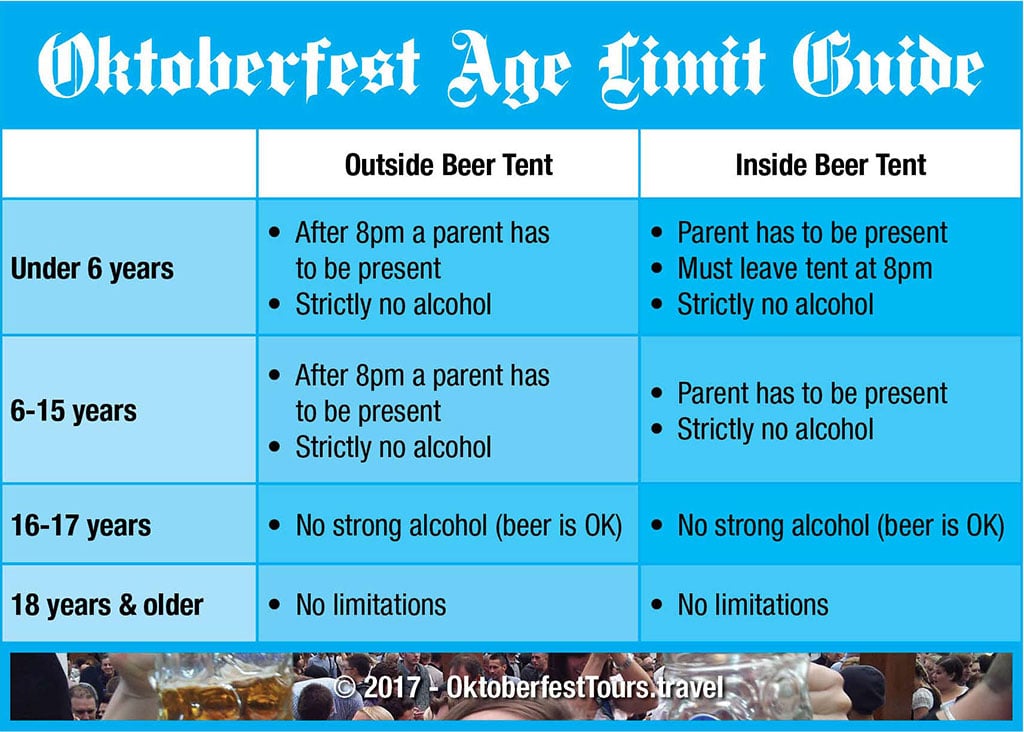 A handy guide to the Oktoberfest drinking age

One tip though: the beer at Oktoberfest comes in 1 Litre glasses and is very strong, usually around 6 to 7 %, so pace yourself if you’re not used to this. A great idea for those drinking under 18 is to order a Radler, as this is a 50% beer and 50% lemonade mix. It’s very refreshing and the perfect drink for when you’re sitting outdoors on a warm sunny day.

Oktoberfest is a Family Event

Contrary to popular belief held by foreigners, Oktoberfest is not all about the beer. In fact in Germany it’s not even considered a beer festival, but rather a traditional folk festival for the entire family (you’ll even see parents pushing prams!). There are so many other things to do such as roller-coaster rides, bumper cars, dozens of side-shows, a ferris wheel and much more.

Every Tuesday is family day where special discounts are offered on rides, food and at the many stalls throughout the festival. There are even school excursions to the festival – after all, learning about the history and tradition starts from a young age. We’ll say a big Prost to that! 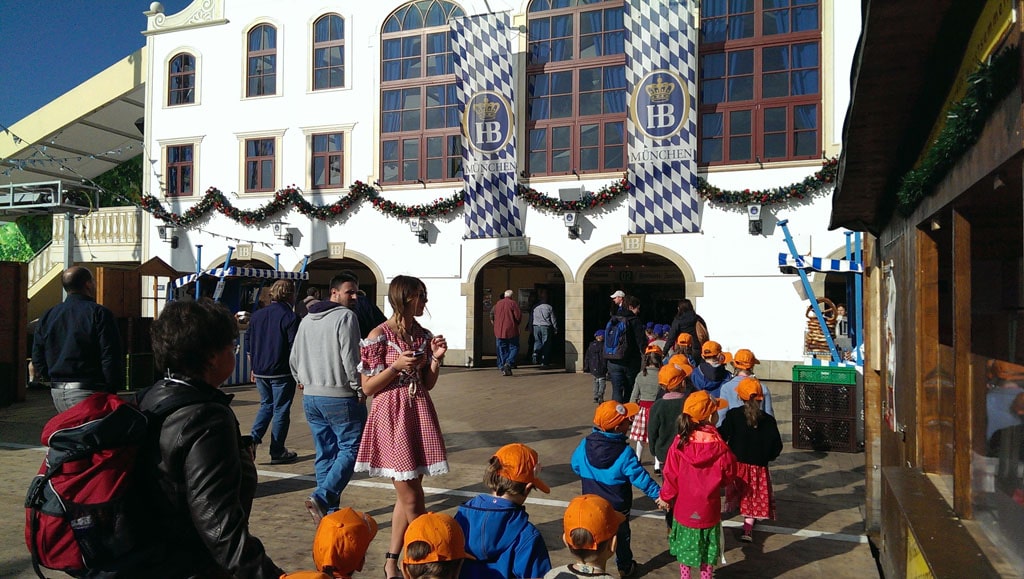 A few other things to note, is that the security at Oktoberfest is known for their no-nonsense approach to bad behaviour. If anyone acts like an idiot (regardless of age), they’re out the door. Famously, Paris Hilton was banned for life in 2006.

This makes the festival an extremely safe event to take the whole family and enjoy every minute of it.

Visiting Oktoberfest with family? Check out these premium Oktoberfest packages at the best hotels available. 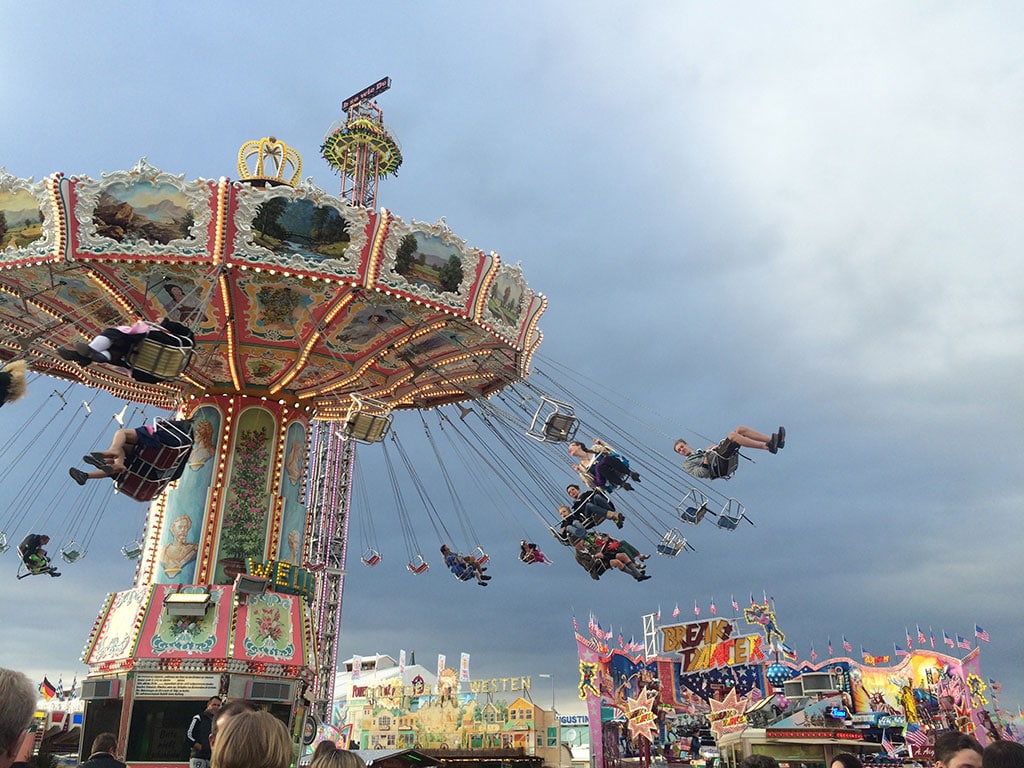 There’s fun for the whole family