Why Germany is the World’s Favourite Beer Drinking Destination

Recent findings from the Nation Brands Index have revealed that Germany is at the forefront of the world in many industries. And when it comes to the manufacture and brewing of beer, there is no one better as ensured by the Reinheitsgebot, or the ‘German Beer Purity Law’.

The second verse of the original German national anthem sings the praise of German faithfulness, German song and German wine (sadly it didn’t mention beer!) by adding, ‘Shall retain in the world their old beautiful chime’. That should be a clear indicator to most about how the German way of doing things regarding beer is held in the highest esteem.

Tradition And Culture At Oktoberfest

The allure of the festival is that is celebrates part of a country’s history in perfect unison with the atmosphere in which beer should be properly enjoyed – under a tent with close friends and live music filling the air.

Oktoberfest over its 205 year history and origin in Germany has grown from a lavish garden party celebrating the marriage of Princess Therese von Sachsen-Hildburghausen to Crown Prince Ludwig, later to become King Ludwig I. Both locally and abroad the festival now boasts some of the highest attending figures of any celebration with around 6 million people visiting the festival in Munich every year.

Oktoberfest as a celebration of beer has spread to countless cities across the world. In Munich, 7 million litres are served annually with more food than you can poke a fork at including bratwurst sausages, dumplings, pretzels and more – much more.

As you might expect, Oktoberfest is always busiest on the Saturdays across the sixteen days with a slightly less busy crowd showing up on the Fridays and Sundays. If your time in the city is limited, it’s best to head into the Theresienwiese during the week Monday to Thursday if you want the best chance for you and your friends at grabbing a seat. 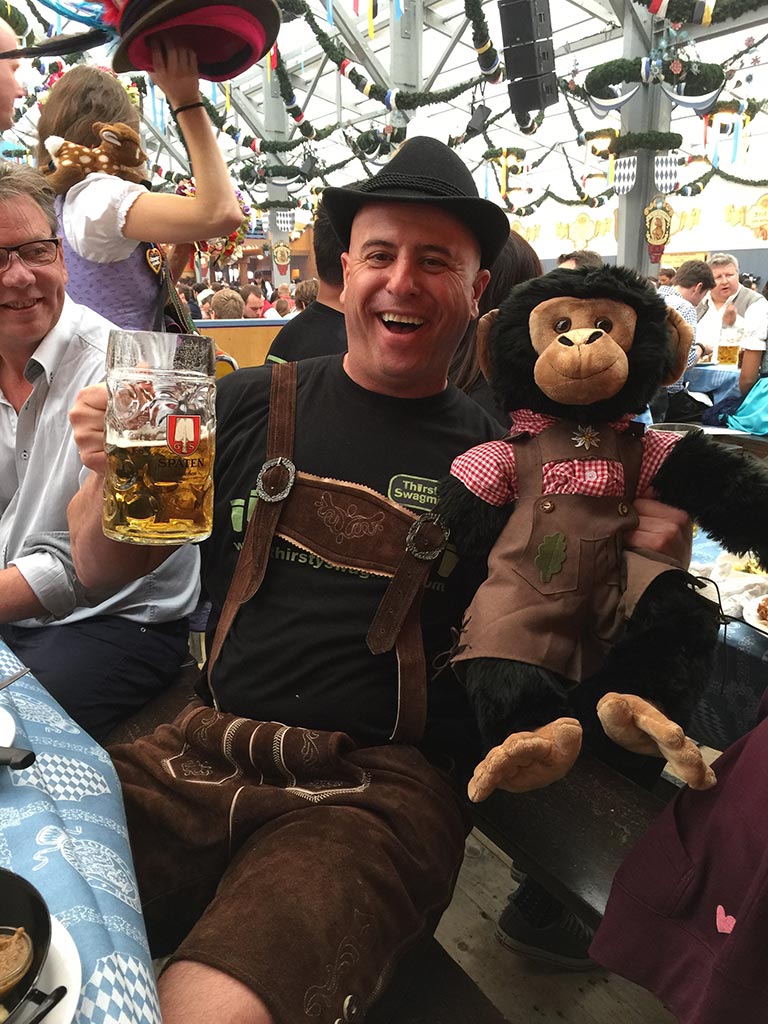 A beer in hand, and everyone is happy even the monkey. Prost!

This year a typical evening for one person would cost them around 70€. This doesn’t look likely to change for Oktoberfest 2016 when a beer will cost you about 12€ (incl. tip) and food in general will deduct anywhere between 10€ to 20€ every time you take out your wallet.

Every year as more and more people are attracted to the world’s largest beer-infused festival for a time like no other, more and more praise is sung for Oktoberfest. There’s a reason why the city of Munich constantly appears in the blogs of travel writers and in the online musings of backpackers travelling through Europe – it’s the place people prefer to drink their stein glass lined beverages.

The verdict is in and when it comes to beer, Germany is the world’s most beloved beer drinking destination. Oktoberfest seems only likely to attract unprecedented numbers of people from around the world so make sure you plan your trip to this amazing event as early as possible.

Join us in the beer tents for the very best Oktoberfest experience available. 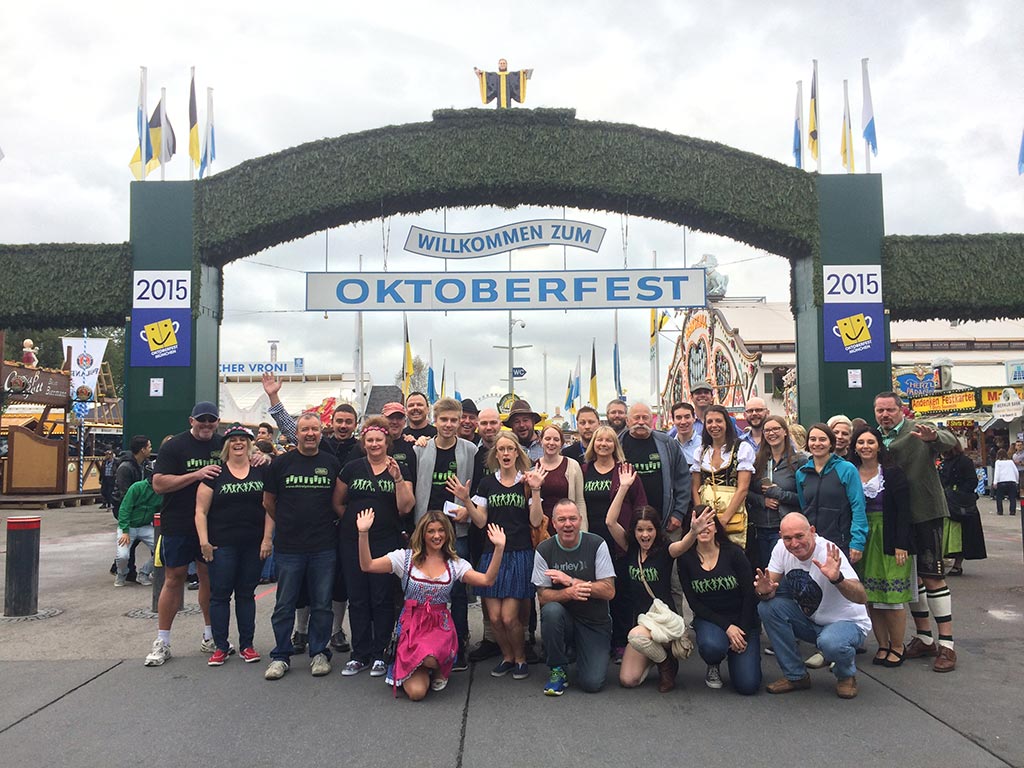 See you in the beer tents!