If Germany had an official alcoholic beverage, it would probably be beer. But what is it exactly about German beer that the rest of the world loves?

Want to drink the best German beer? Join us for a taste sensation.

According to the Reinheitsgebot, beer brewed in Germany must contain only four ingredients –malted barley, water, hops, yeast and/or wheat. Centuries old recipes have been refined and passed down for generations, the end results of which are today’s full-bodied and world-renowned German beers.

What Exactly Goes into a Good German Beer?

Hops are vine-grown flowers that look similar to small pinecones. The alcoholic component is derived from grain – in this case the malted barley – which is then steeped in water to enable its sugars to be extracted. Those sugars attract yeast that will then produce alcohol.

In commercial beer the yeast is usually filtered out before the brew is bottled though by now trace flavours have been infused with the beverage. A recent study published by the Journal of Proteome Research found that a surprisingly high amount of proteins are present in beer (at least 62, 40 of which are derived from yeast) and they are essential in supporting a beer’s foamy head. 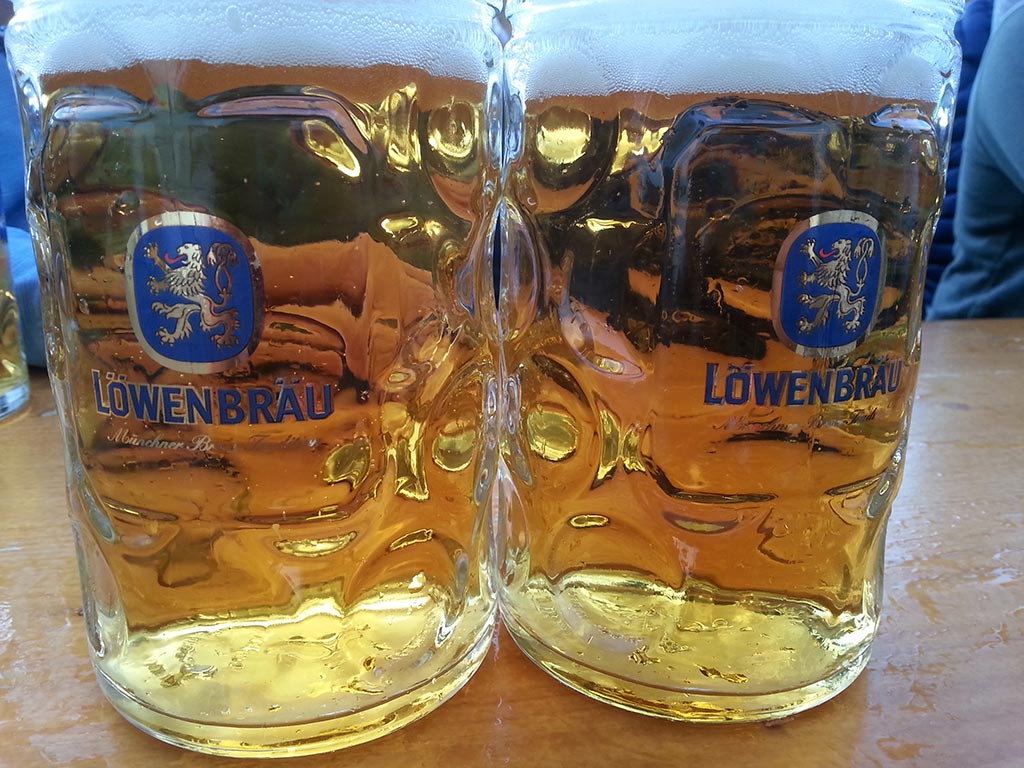 Beer. It’s the nectar of the Gods. And the best is German beer.

Now we come to why it’s worth knowing a little about the process of brewing beer. The practice is at the heart of German culture and if you are planning to attend Oktoberfest, it’s a topic of conversation Germans and beer enthusiasts from around the world cannot go past.

Germans are so fond of beer that the country currently ranks third in the world in terms of per capita consumption weighing in at an impressive 115.8 litres per person. In fact almost every year bring with it a record beer consumption at Oktoberfest.

Defying the Laws of Physics

Observant beer drinkers may have noticed that when beer is poured into a Stein, the bubbles seemingly behave counter to natural laws and descend rather than float upwards. This happens not because these people have had too much to drink but because of an interesting relationship. 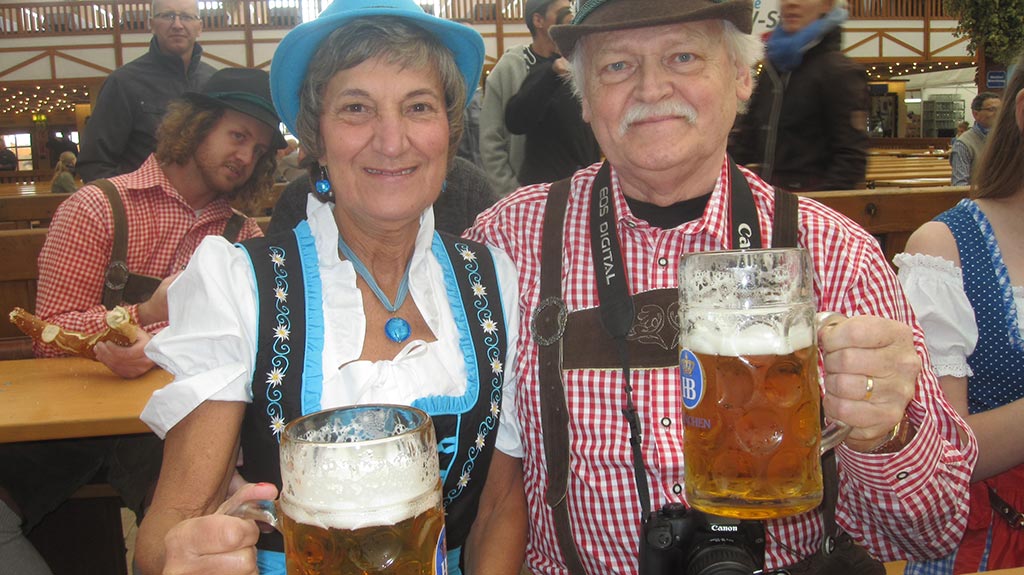 A freshly poured, cold beer and great company. Is there anything better in life?

As bubbles move towards the surface to form the head they drag other, smaller bubbles with them along the way. Once they reach the top the liquid then begins to pour back down the sides and pulls more bubble down along with it. The next time you’re sitting in a beer garden might be the perfect opportunity to demonstrate this experiment.

While most Germans know how to speak English, it never hurts to brush up on the local language if you want to get your full money’s worth. Take a moment to memorise the two most important German phrases you’ll need to know at Oktoberfest – ‘Ist dieser Tisch frei?’ (Is this table taken?), and ‘Noch eine Mass bitte!’ (Another beer please).

Oktoberfest is a festival built on the foundations of beer and you’ll find many opportunities to speak with fellow beer aficionados. If you happen to be in Munich for the festival, do like the Bavarians do and enjoy the taste of a perfect German beer. Prost!

Join us in the beer tents for the finest beers in the world.

Happiness is singing Ein Prosit with a beer in hand