I mean, really, what goes better with good German beer than a friendly pat down? Oh, you thought I was going to say pretzel, didn’t you? Boy, are you in for a surprise at this year’s Oktoberfest!

While I’m not 100% positive on the pat downs, I can tell you that Oktoberfest 2016 will be the most secure of them all. Actually, of ever. This year, for the first time since its 1810 premier, back when you weren’t sure if you were all that into it but stuck around because you thought one of the characters was kind of cute and thought maybe, just maybe, it would get good, there will be security checks at the entrances to Oktoberfest. Which leads me to a pressing question that perhaps you can answer for me: Is there more than one entrance? Get back to me when you can, please and thank you.

Keeping up with the global climate following the terror attacks in Brussels this past March and in Paris last November, the powers that be in Munich, Germany have decided on increasing security measures at Oktoberfest, the world’s largest festival of its kind. This decision comes also on the heels of a collection of vicious assaults outside a train station in Cologne, Germany on New Year’s Eve.

In addition to bag checks at the entrance (or is it entrances? Help me out!) and rumours that backpacks and other large bags will not be permitted at all, 100 additional security personnel have been added to this year’s roster as well as enough fencing to secure the entire festival should overcrowding get out of hand. These increased security measures, sporting a price tag of one million euros, come after a year that saw 5.9 million visitors (who consumed 7.3 million litres of beer, by the way).

However, the most disturbing of all new security measures has to be that this year’s beer tents will open at, I shudder to think, 10 am. THAT’S ONE WHOLE HOUR LATER. You mean I’ll have to wait to get my good morning maß? My breakfast brew? My daybreak dunkel?! I really hope the authorities took into consideration that by depriving Oktoberfest-ers of that hour they might actually be doing more harm than good. All in the name of peace, I suppose. And I shall do my part.

One thing that won’t change this year is the fact that Oktoberfest 2016 is going to be one kickass party and we’ll all be there with you. When September comes, and as I hope you always do, just remember to be aware of your surroundings. Or as we say here in the United States of America, “If you see something, say something”. Our Department of Homeland Security wouldn’t have gone through all the trouble of trademarking that if they thought it wouldn’t work. I’m just saying… 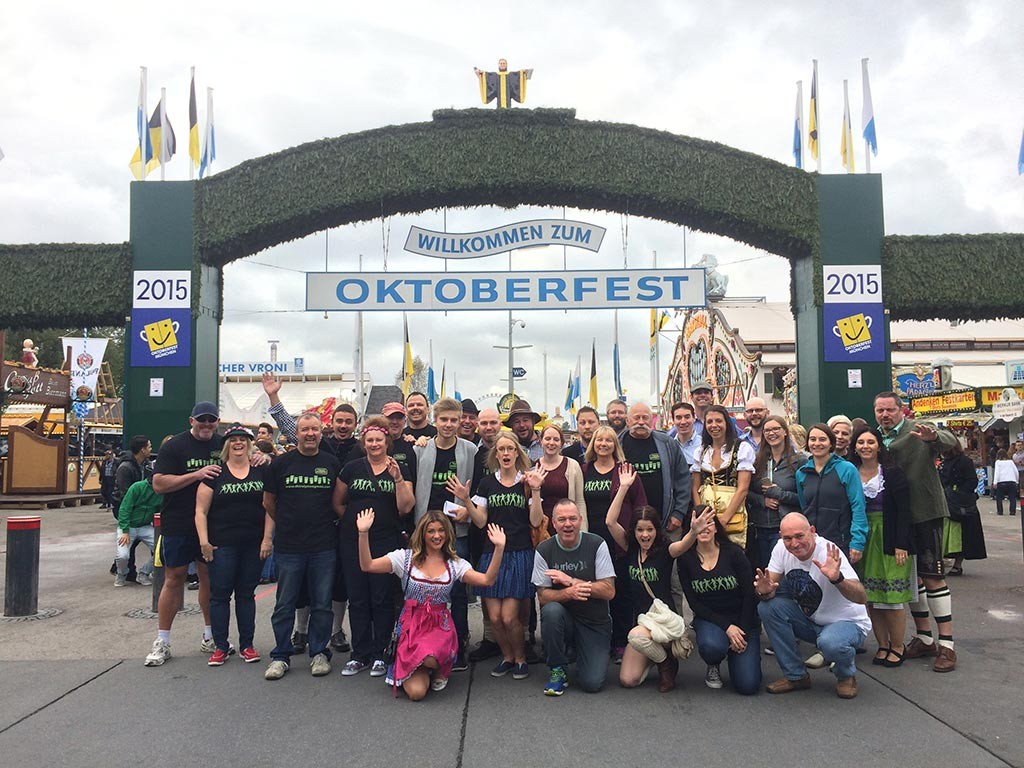 I’ll be seeing you there, right? RIGHT? There are still a few spots left in our 2016 Oktoberfest tour packages. Get on it!