Ah, camping. That carefree time spent by the fire you just created by rubbing two sticks together—go you! Those unforgettable nights watching the sun set from your campsite on the edge of a lake, the sounds of coyotes howling at the distant moon, your sweetie coming out to meet you under the stars for marshmallow roasting and s’mores.

My, what a pungent aroma you have, dear. Wait a minute… that’s not your sweetie—that’s a grizzly bear and he’s just eaten the last of your graham crackers. Run for your life! Hide the pic-a-nic baskets!

Camping A-K-A Whew, that was close. I don’t know about you, but I prefer my wildlife right where I can keep an eye on it—sitting on the bench next to me lapping up lager. Oktoberfest has wildlife of its own, surely you know this already. It’s often just as primitive only here you’ll find most of the animals in the tents, not scratching at the sides or trying to figure out how zippers work. (Seriously, how?)

S’mores are just as big a hit at Oktoberfest as well; you’ll hear everyone talking about them: “I’ll have s’more beer, please. S’more pretzels too!” See? The same. Only here we roast chickens, not marshmallows.

We serve pork knuckles on plates instead of pork and beans from cans. And don’t forget about our version of the weenie roast: when that guy can’t finish his litre and thousands of revellers boo him and throw food. Animals, I tell ya! Makes that bear attack look a little less terrifying, eh? 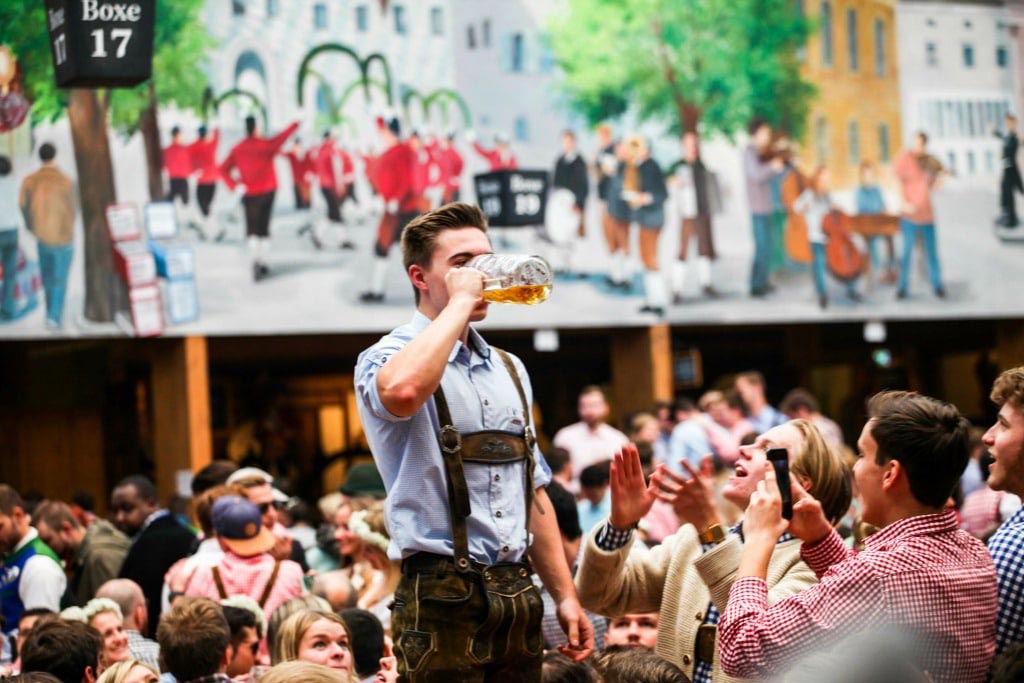 Speaking of scary, those campfire ghost stories you’re so fond of telling? The ones that had your little brother shaking in his sleeping bag? Toss ‘em out like that bug spray you won’t be needing! They’ll do you no good in the Oktoberfest tents. Here, we swap drinking tales which are much more frightening. “You did WHAT?”

It’s not totally different here—you can still get the whole camping experience. We all wear plaid to drink beers with our buddies under a clear blue sky—specifically the one inside the Hacker-Pschorr tent—and we love the close quarters of our tents. Really brings the 10,000 of us together.

All the ladies love fishing (for compliments) and hiking (up their dirndls for a seat at the table) and the folks at the Armbrustshützenzelt sure do love some crossbow hunting.

You’ll still be subjected to your friends “singing” at the tops of their lungs and flapping their arms like chickens (they act like that no matter where they are) and all safety precautions are thrown swiftly out the window.

So the time has finally come. Two weeks in the elements, without electricity, hearing strange noises in the dark? Or two weeks of Oktoberfest beer tents, without a care in the world, hearing strange German words in your ear? I thought so. Now trade in those waders for some lederhosen. It’s Oktoberfest–time for lagers, not loggers! Beers, not bears! Wishing for stout, not fishing for trout! Want s’more? I could do this all day… 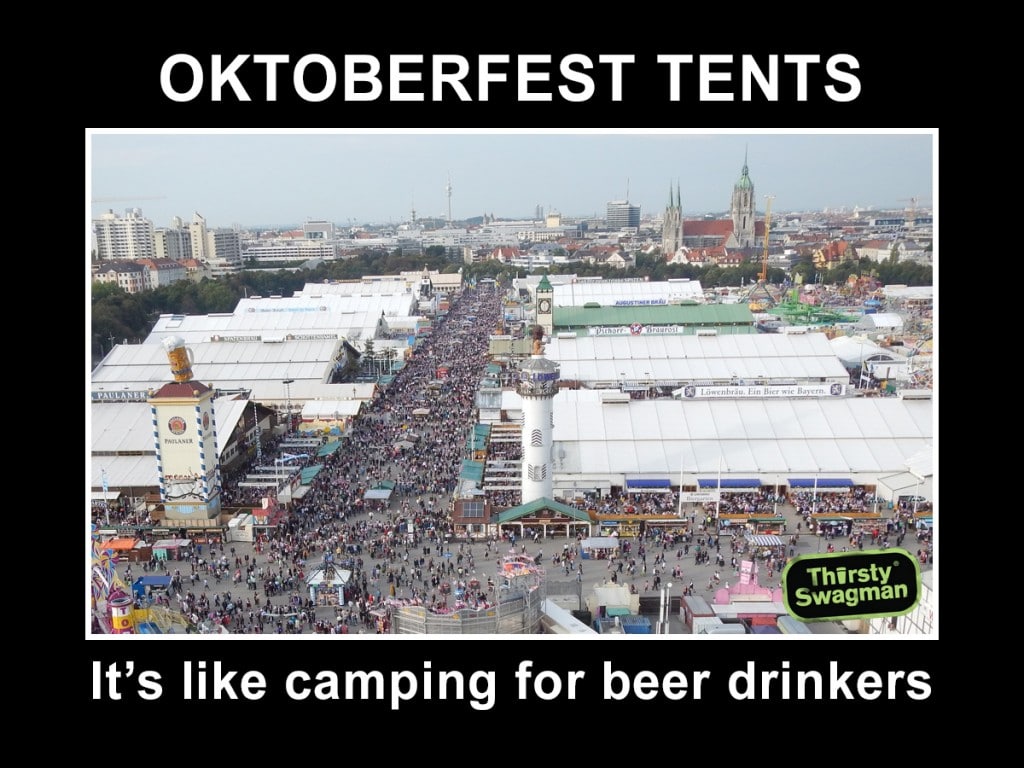 Ready for some camping… Munich style? Get in now for Oktoberfest 2023 and take advantage of the early bird specials. See you there–I’ll bring the paddles! For… canoeing… yeah… 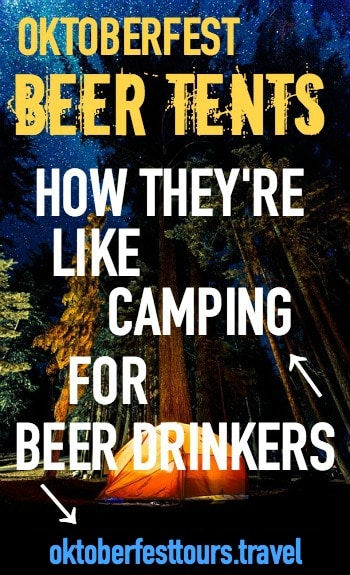