Moving back to Canada after in a year in Berlin was rough, and yes, a lot of it had to do with beer.

Other than leaving behind the new friends and the neighbourhood I had grown to love, there were several small culture shocks that really shook me up – especially the lack of affordable and delicious beer, and the casualness with which Germans drank beer in public.

I mean, if I were to bring a bottle of beer onto a public train or bus here in Canada, I’d probably get tackled by a few police officers. But in Berlin? Whatever. Totally fine.

Even the cheapest of cheap German beers were delicious.

All German beers adhere to the Reinheitsgebot – the “purity order” (translated roughly in English as the German Beer Purity Law). It refers to the strict brewing regulations used for brewing German beers, and it dates back a long, long time ago – as far as the 1500s, and was introduced by the Duke of Bavaria.

The law states that only four main ingredients can be used: malted grains, hops, water, and yeast. It’s truly a pure (and delicious!) beer, but if you’re into craft flavours, they’re a bit harder to find. The traditional beers – like the ones at Oktoberfest – reign supreme.

None of that fancy crap — just good ‘ol fashioned beer.

Beer is Simply a Way of Life

In my experience growing up in Canada, drinking alcohol was always a means to a completely plastered end. When I was a teenager, I’d steal money from my parents and pay off an older person to pick up a six-pack for me (to share among a few friends…ah to be a lightweight again!). And sure, it was always a good time – but Europeans are raised a lot differently, especially Germans.

My roommate, a Berliner, told me that growing up he was always allowed a glass of wine or beer at the dinner table, even in his early teens. He learned to respect beer as an addition to a meal or a social outing, and not just a means to get stupidly drunk.

You’ll find the same kind of behaviour in any biergarten around Germany. Large groups of friends and even whole families with small children will be out enjoying a pint of ale, soaking up the sun, and letting their children play around in the fresh air. I can’t help but think this would mostly be frowned upon in Canada. Bring a baby to a beer garden? Pfft. Bad parenting.

In my experience, you could always tell who the tourists at the bars in Berlin were. Drunk, belligerent, and loud. Hell, I was probably one of them.

In Berlin, my favourite days were grabbing a few beers from my neighbourhood Kiosk and sitting in the park with a good book. No one batted an eyelash at this. Until you squat in a bush to pee. (I mean, I didn’t do that…) 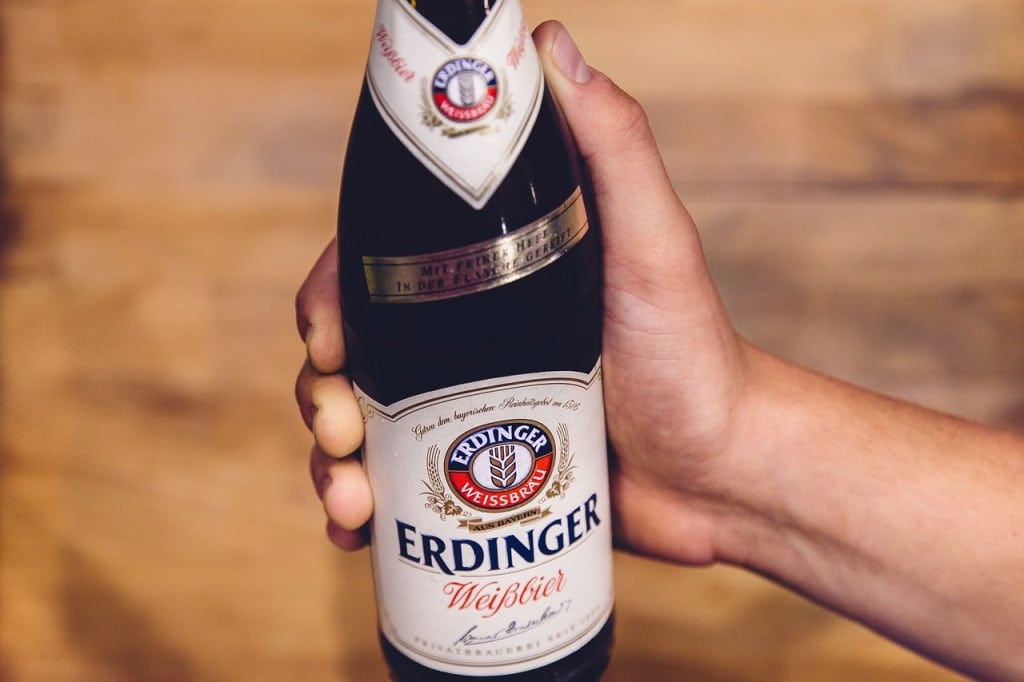 True, a pint of beer at a restaurant or bar (in most cases) in Germany is about the same cost of a pint in North America. But when it comes to buying beers at the corner store, the low prices never ceased to amaze me.

Back home in Canada, a half-case of beer can be purchased for $15. In Berlin,  I’d pay 1EUR average for a large bottle of beer at my Kiosk. The cheapest beer of them all, Sternburg, only cost me 85 cents.

To be fair, Sternburg is kinda considered the Coors Light of Germany – people will openly mock you for drinking it. But my roommate, a native Berliner, drank it religiously…and so I think that gives me license to like it, too.

Even better: with Germany’s Pfand policy, you can return your empty beer bottles at just about any supermarket around and get a sizeable chunk of change back for your efforts. That’s why when you’re walking around town with a beer in hand, you can leave your bottle somewhere without guilt because someone will always pick it up.

Drinking Beer is Acceptable Before Noon

In Bavaria, having a beer before noon in good company is referred to as frühschoppen, and it’s a completely normal, acceptable thing to do.

So normal, in fact, that a hefeweizen is essentially the beer to have at breakfast. It’s a malted wheat beer, with specialized strains of yeast and a cloudy, lighter appearance than most other German beers.

Chances are you’ve come across a hefeweizen in your lifetime without even really knowing it’s a hefeweizen. And it’s certainly not limited to just mornings – Germans will drink this around the clock. This beer is actually one of my favourites, thanks to its rich flavour and filling nature (hence the reason it’s a “breakfast beer”).

How can you not love a country that has breakfast beers?

There’s a Whole Lot of Variety

Although Germany isn’t well known for its craft beers, traditional German beer brands are ridiculously varied. Even if you’re not much of a beer drinker, it’s likely you’ll find something to tickle your fancy.

The pilsner is a bit hoppy but with a nice refreshing bite to it. A bock beer is considered to be the most traditional beer, is amber to brown in colour, and has a slightly sweet taste to it. A variation is the maibock – a Bavarian springtime beer that’s lighter than the traditional bock.

Dunkel beers and schwarzbier are the darkest German lagers and usually not for beginners. But you’ll find surprisingly light and refreshing dunkel beers around, usually with a not-so-strong taste.

Then, of course, there are the wheat beers, including hefeweizen. Some brewers get more experimental with those, adding flavours of fruit or banana bread (or more).

And that’s just the start.

So if you think you’ve got what it takes to keep up with German beer drinkers, start early, take your time, and never, ever make a scene. Prost!

Want to see for yourself just how superior German beers are? Grab your spot on one of our Oktoberfest tours and find out! 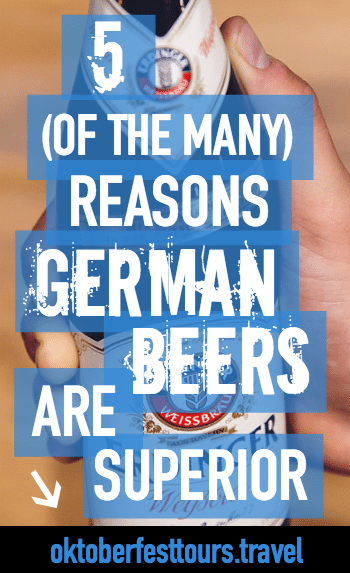