If you’ve researched anything at all on Munich, Germany, you’ve 100% come across the famous Hofbräuhaus. Well, this is not that… but you’re getting warm. The Hofbräuhaus is the large Bavarian beer hall located in the city centre, while the Hofbräu Festzelt is the Oktoberfest beer tent that bears a similar name. Think of it as a little (but actually super huge) baby Hofbräuhaus if you want.

Unlike the rest of the Oktoberfest beer tents, the Hofbräu Festzelt is not centuries old–despite the fact that the Hofbräuhaus was opened in 1589 and is quite the old geezer itself. In fact, the Hofbräu brewery has only participated in Oktoberfest since 1955, and the current beer tent as you know it was born in 1972.

Today, the Hofbräu Festzelt is one of the, if not the most, popular beer tents at Oktoberfest, year after year. Called by some the “party tent”, the Hofbräu Festzelt is unique in so many ways. For starters, it’s the only Oktoberfest beer tent with a standing room only section. In the centre of the tent are high-top tables and enough room for 1,000 people who prefer to drink standing up… until they can’t anymore. 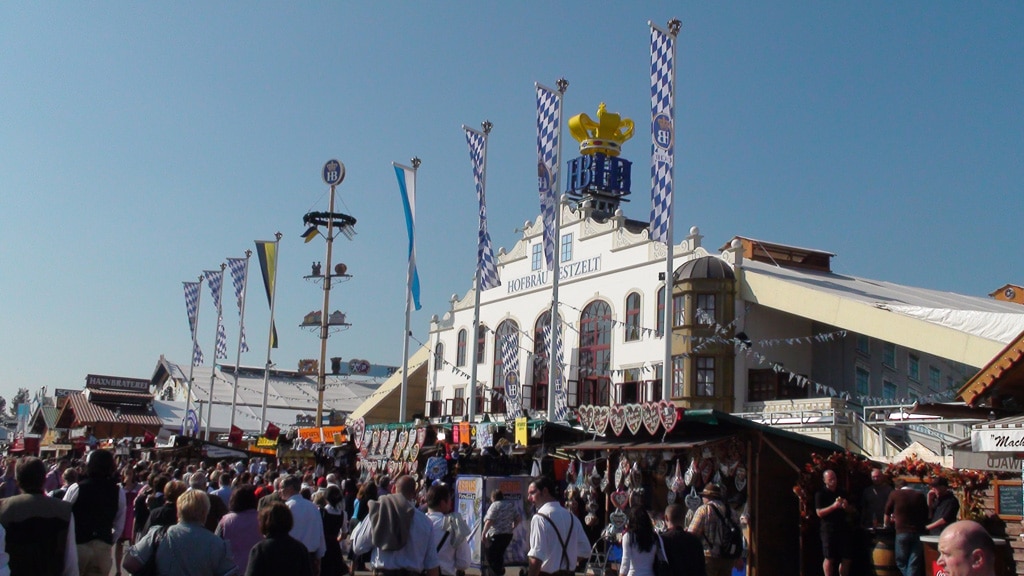 The tent is decorated with twelve 100-pound hop wreaths and a giant, red-faced, angel mailman on a cloud that spins. Oh, you mean that isn’t super normal and makes complete sense? Meet: Aloisius, the official mascot of the Hofbräu Festzelt about whom you already have so many questions. We’ll let them explain here but, basically, he’s proof that your beer drinking is Heaven-approved. You can tell your mother we said that.

The Hofbräu Festzelt serves Hofbräu beer (obviously), a full menu of slap-yo-momma delicious Bavarian meals, and a party atmosphere you won’t soon forget. Come on, there’s a drunk mailman, how can you beat that?

Ready to raise Bavarian-size beers at this festival tent? Let us take you there on all our Munich Oktoberfest packages here. 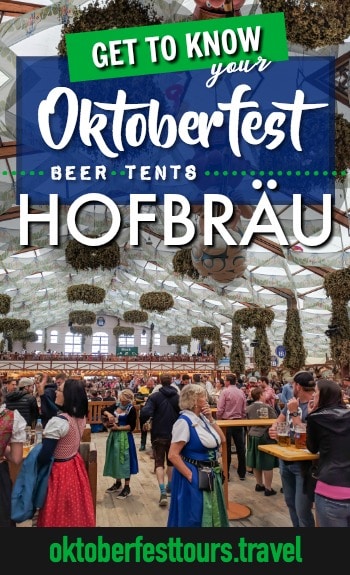