With less than 3,000 total seats, the Käfer Wiesn-Schänke is the second-smallest of all the Oktoberfest beer tents. It’s known for its intimate size, cosy atmosphere that resembles more of an Alpine ski tavern than it does an Oktoberfest beer tent, but mostly for being the baller-est tent where all the celebrities hang out.

Because of its size and swanky reputation, the Käfer Wiesn-Schänke is the hardest to get into—that is, unless you share a last name with an airline or fashion house or something else that screams “I’M RICH AS HELL!“ It’s popular with local and international celebrities alike—actresses, athletes, and whatever the heck the Kardashians are. 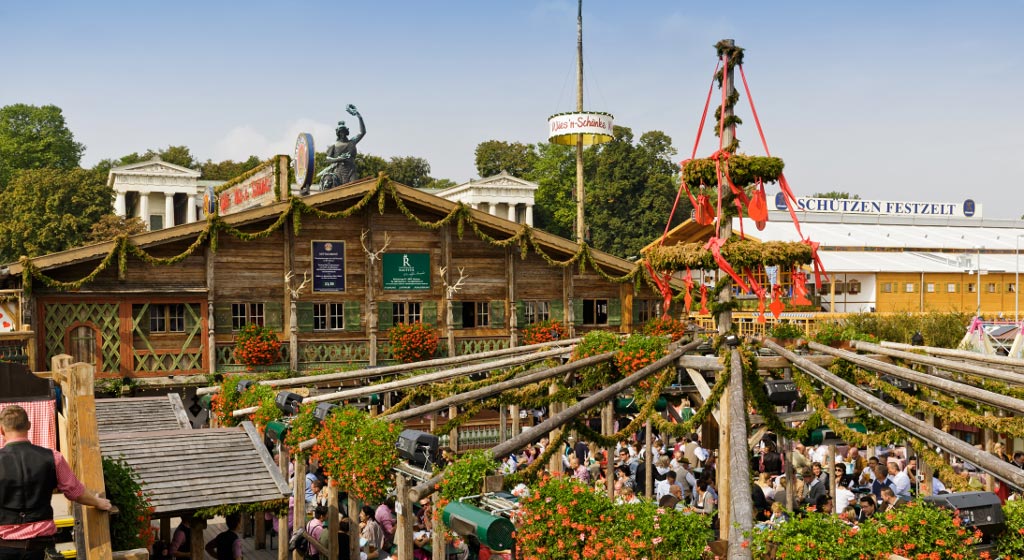 Located at the feet of the Bavaria statue, the Käfer Wiesn-Schänke has been around at Oktoberfest since 1971 where it began with just 40 seats (okay, now that’s intimate). They serve tradition Bavarian food—everyone raves about the Käfer roasted duck—and Paulaner beer. But the real selling point? In true celeb fashion, the Käfer Wiesn-Schänke stays open later than all the other Oktoberfest tents—until 12:30 or 1:00 am instead of 11:00 pm like all the rest.

Want to get a taste or real Bavarian food & beer? Join us at Oktoberfest with our premium festival packages.