Kuffler’s Weinzelt.. because what would the largest beer festival in the world be without a wine tent? Yeah, a wine tent.

There’s something for everyone at Oktoberfest, folks! Even a large-scale Oktoberfest wine tent selling more than 15 kinds of wine plus champagne and other bubbly beverages. The Weinzelt, actually the smallest of all the “large” Oktoberfest beer tents, is a treasure in its own right. It’s decorated in traditional wooden style and features individual private boxes rather than communal tables (we assume that’s so no one you know will see you drinking wine at a beer festival). 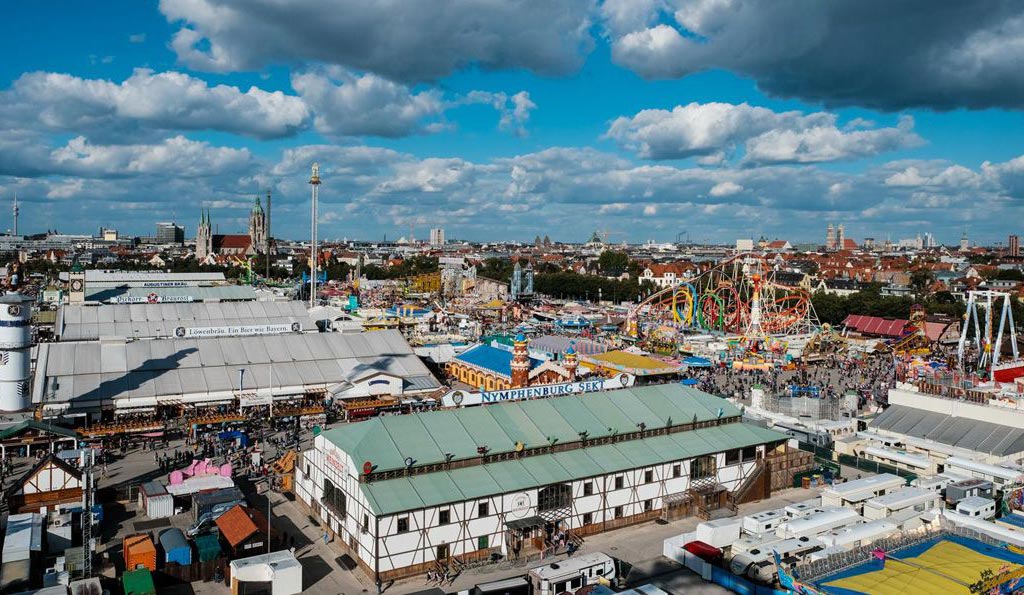 However, for those of you with wine lovers in your midst: have no fear, they still sell beer here! However, only ½ litres of Paulaner wheat beer—but orange beer is better than no beer, ya hear? They also sell a 15-litre bottle of champagne if you want to just look super baller while still drinking out of a dainty glass.

Three different bands play in the Weinzelt throughout the day supplying the place with one of the most upbeat, party atmospheres at Oktoberfest. While Kuffler’s Weinzelt does sell some traditional Bavarian meals, they’re also famous for their incredible menu of so much more: shrimp and seafood, for instance, and even Thai offerings.

There has always been wine at Oktoberfest (to some degree and for some odd reason) but the Kuffler family officially took over the Oktoberfest wine market in 1984. Today, the Kuffler’s Weinzelt is favorited by Oktoberfesters young and old, wine and beer drinkers, and whatever you call the people who drop 4500 euros on a 15-litre bottle of bubbly.

Fancy some wine at the greatest beer festival? You can check this tent out on these Oktoberfest tours. 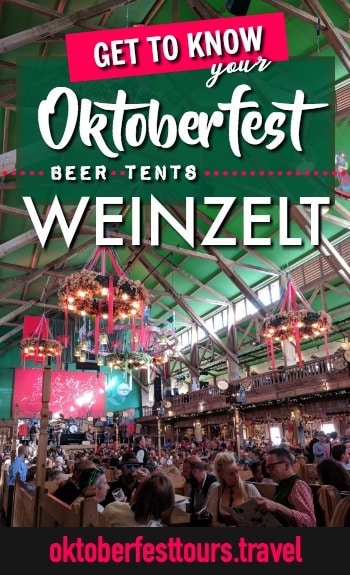