The Pschorr-Bräurosl beer tent at Oktoberfest has been run by the Heide family (of local restaurant fame) since 1936 and is famous for two reasons: its stellar entertainment, and being the home of Oktoberfest’s Gay Sunday celebration—probably pretty entertaining in itself.

Included in the entertainment category is stuff you really don’t see all that often at Oktoberfest, at least, not by professionals. We’re talking about the tent’s very own resident yodeller (We’re sure you’ve tried your hand at this a few times, no?) and their show of whip-crackers. 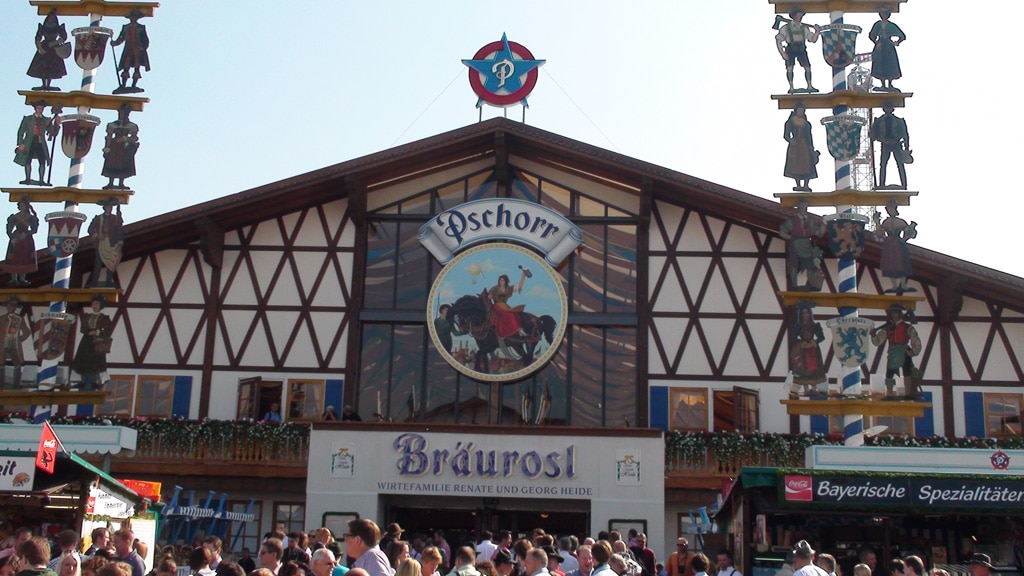 On the first Sunday of Oktoberfest (so, the second day overall) the Pschorr-Bräurosl tent plays host to the massive celebration known as Gay Sunday. This tent is the place to be for gay and lesbian locals and international visitors to get their Gaga on. What started out as a small event led by the Münchner Löwen Club has since become an annual tradition.

The tent’s name comes from Rose, the daughter of a brewer and member of the Pschorr family–you can find her lifting her beer in the picture on the front of the tent. This tent holds the distinction of being the first to be lit with electricity (thank you science!) in 1901 and was at one time (in 1913) the largest Oktoberfest beer tent ever constructed–with room for over 12,000 thirsty people.

At the Pschorr-Bräurosl, one of Oktoberfest’s largest beer tents, Hacker-Pschorr beer is served as well as traditional Bavarian fare. While strolling the Wiesn, just look for the two really tall maypoles.

Thirsty for some Bavarian beer at this tent? Check out these Munich Oktoberfest tours with beer tent reservations. 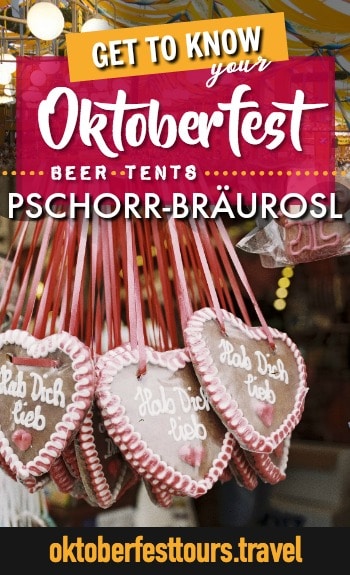