Of all the beer tents at Oktoberfest (and there are a lot), the Festhalle Schottenhamel is the oldest and has the longest tradition. Without the Schottenhamel tent, there would be no Oktoberfest, because it’s in this tent that the opening ceremonies take place. And it’s not until that moment when the Lord Mayor of Munich taps the first keg and shouts, “O’Zapft Is!” that Oktoberfest can officially begin. Do you see how important that is!?

The Schottenhamel beer tent has been an Oktoberfest staple since it was just a wee beer stand 50-seats strong back in 1867. Today, the tent clocks in as the second largest beer tent at Oktoberfest with an inside capacity of 6,000 and an outside capacity of 4,000. That’s 10,000 butts in one single tent. The Schottenhamel tent has come a long way since the times of top hats and monocles, eh? 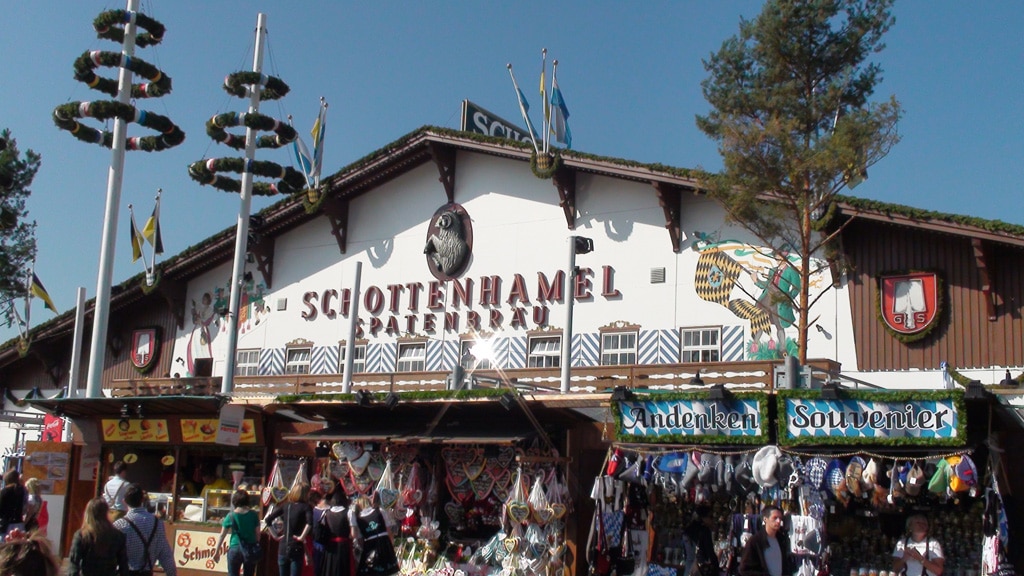 The name Schottenhamel comes from, well, someone’s name. A man named Michael Schottenhamel was the first to erect an 8,000-seat Oktoberfest beer tent back in 1896 and the business has been in his family ever since. ‘Twas Michael’s son Michael who thought it would be cheeky to invite the mayor to come tap the keg—and look how that turned out. Today, the tent is operated by Christian and (yet another) Michael Scotthenhamel.

Though the Schottenhamel tent is the oldest and most traditional, today it’s most popular with a younger crowd. Like “Remind me what the drinking age in Germany is again…” young (it’s 16 in case you’re wondering). The Schottenhamel tent serves up Spaten festbier, traditional Bavarian cuisine (including some of the best half chickens on the Wiesn), music by Oktoberfest’s oldest surviving musical ensemble, and a rip-roarin’ good time. You’ll love it there.

Ready to get yourself into the beer tents of Oktoberfest? Check out these packages to Oktoberfest which incl. beer tent reservations. 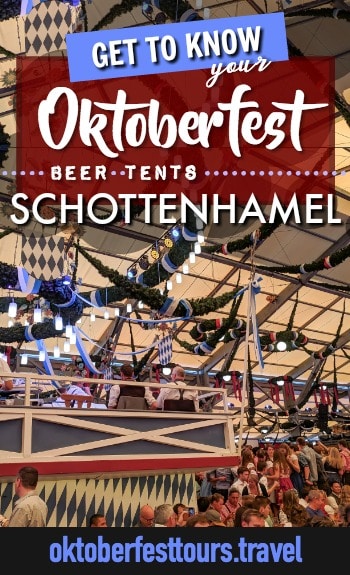