All of Munich’s Oktoberfest Music features traditional German bands and every 10 or 20 minutes they break into a song called Ein Prosit. Knowing the lyrics to this is essential knowledge when visiting Oktoberfest, and the good news is that it’s easy to learn.

Just follow our handy guide to this song and watch the video below to hear it.

How to pronounce Ein Prosit

After the band plays this song, everyone raises their glasses and says: “Oans, zwoa, drei, Gsuffa!” meaning “one, two, three, drink!”.

You must sing this song, and drink after each song. It’s the law. 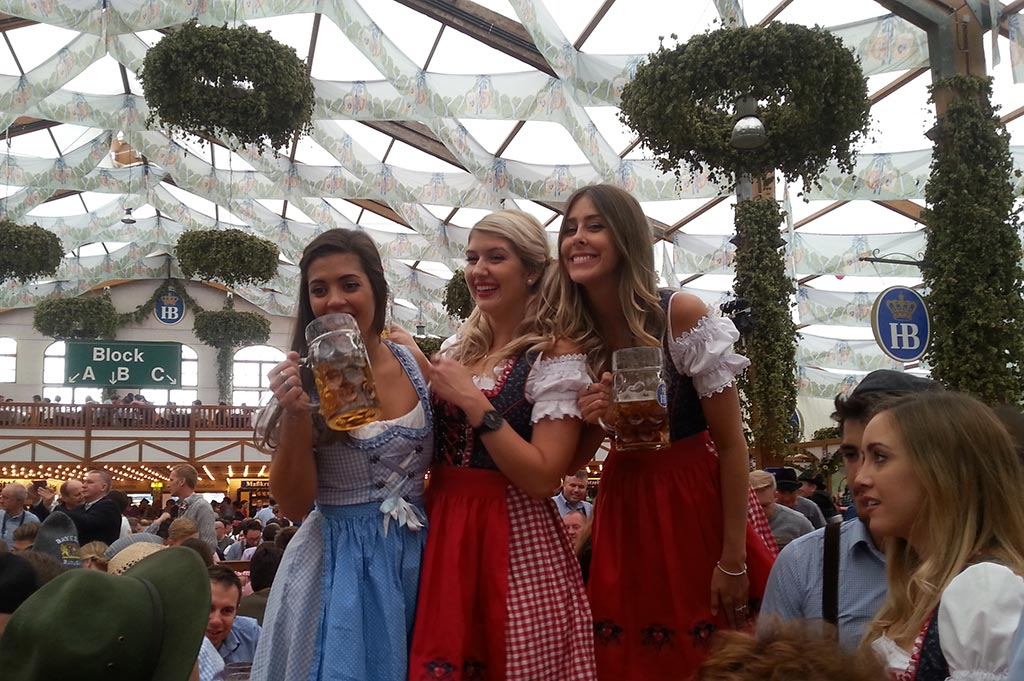 Raise your beers and sing along to Ein Prosit. The band plays it every 20 minutes or so.

Want to know what the words actually mean? Here’s an English translation of the lyrics.

Followed by the band calling out: ONE, TWO, THREE, DRINK!  Everyone then drinks from their beer and is happy.

Like what you’re reading and hearing? Well there’s nothing quite like the real thing, so join us in the beer tents of Oktoberfest and you’ll be singing this song all day and raising beers at the greatest festival in the world. 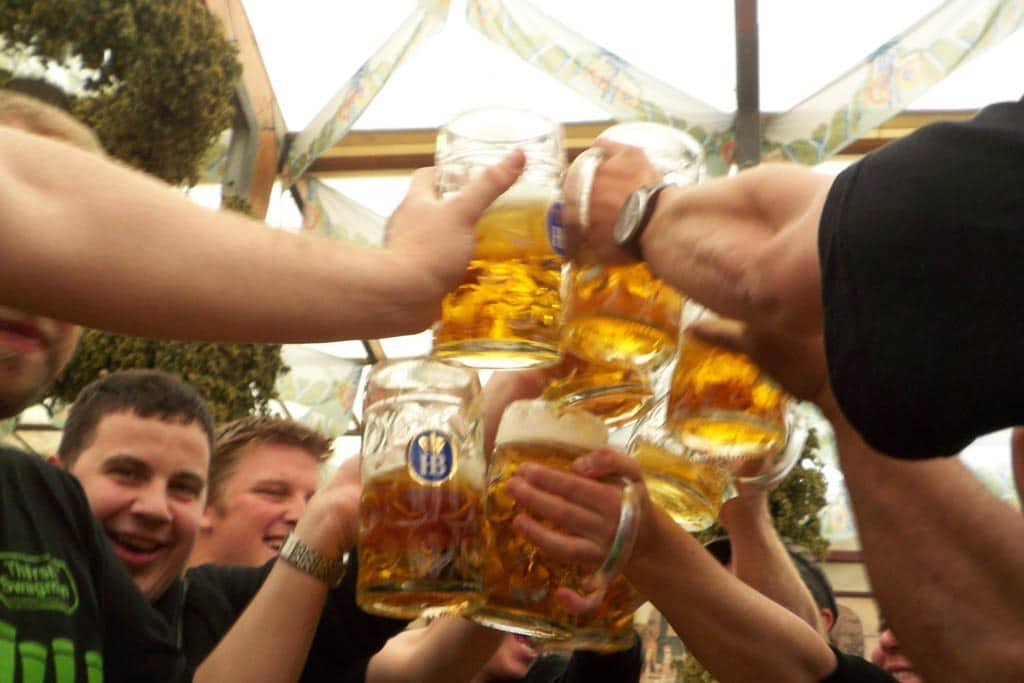 Thirsty for Oktoberfest? The beer tents await you.