From the Beer Halls to the Beer Tents

Beer halls were the earliest ways that local patrons had their fill. Breweries began to set up tables outside in the summer so that a strong draught could be enjoyed straight from the keg on a hot day. Over time, this practice led to the idea of the beer gardens which have become a regular sight all over Germany.

Back in 1995 when an earlier closing time was demanded by residents living close to the Waldwirtschaft tavern and beer garden in Grosshesselohe, it was met by fierce opposition from Bavaria’s then Prime Minister Edmund Stoiber. The result was that a law was changed to allow patrons to enjoy the beer garden until 11:00pm.

Why Does Bavarian Beer Taste So Good?

The simple answer is because if Germany loves one thing (aside from football) it’s beer. Breweries have refined their recipes over centuries to bring you the best tasting beers at the beer lover’s paradise, and that should tell you something about their commitment!

Going back a few hundred years, when Bavaria was importing beer from Einbeck in Lower Saxony, the prices were incredibly expensive. The demand for the liquid gold was so high that during the Thirty Years War of 1618 to 1648, the Swedish invaders were paid off not with money, but (you guessed it) with beer. It seems that quality beer is a language everyone understands.

Oktoberfest Brings Together The Best Of Beer

Nowadays you can of course enjoy a strong German beer wherever you are in the world but it’s one thing to drink an import from a bottle and entirely something else to experience the same beer at Oktoberfest in a stein. Sometimes to really appreciate a quality beer, you have to taste it in the country it was brewed. 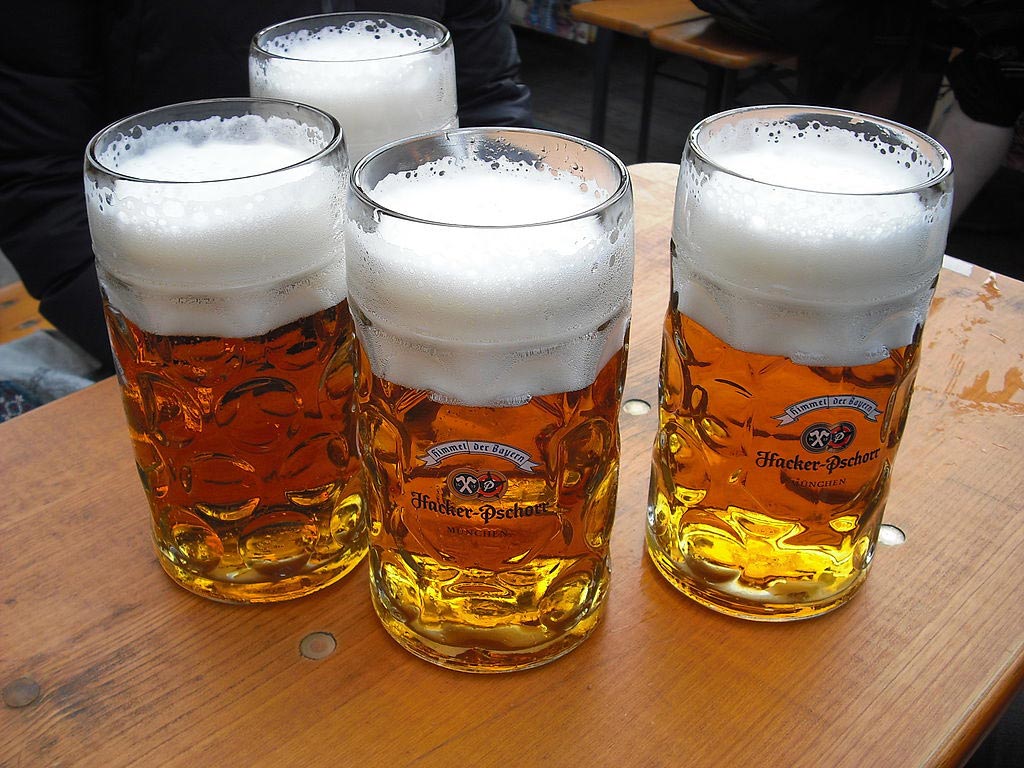 Bavarian beer is considered among the best in the world. Prost!

You’ll never be more than arms length from a beverage at any point during your time on the Theresienwiese. If you’ve never been but you love beer you’ll definitely want to make the trip to Munich where an estimated 6 million people will drink 6 million litres of beer. What more do you need to hear?

What to Expect From Oktoberfest

There’s something magical about the sixteen day festival. Perhaps it’s the fact that everyone is dressed up in traditional lederhosen or dirndls, the music that transcends genre and includes everything from folk to futuristic tones. Beer makes everything about the celebration so much more exciting and everything together is what makes Oktoberfest special.

Timing is critical and if you haven’t booked your flights and accommodation yet you’ll need to sort that out soon for next year as location is everything. Of course you can camp at some designated sights for a nominal fee (and what better way to meet some new and interesting people?) but space is limited.

Finding your way around may seem daunting but the atmosphere of the festival is always friendly and welcomes everyone with a love for beer. People from all over the world know why Munich is the place to be in late September/early October and next year in 2015, hopefully you will too.

Want to experience the best of Bavaria? Then join us at Oktoberfest.