Oktoberfest newcomer Kirby Trostel, from the USA, had the time of her life at the 2015 festival. So much so, she’s already planning to come back.

How many times have you been to Oktoberfest?

2015 was my first time, and hopefully not my last!

How was your Oktoberfest experience?

Oktoberfest has been on my bucket list for sometime, and now that I am able to check it off my list, I am not disappointed! As a solo traveler I was seeking to have a good time, with other beer lovers. Thirsty Swagman definitely made it happen, with an unforgettable and amazing time. Well partially remember-able anyway; due to the mass amounts of beer I consumed, but to me that’s the sign of a great time. I met so many cool people on this tour group, who I would love to grab a beer with again. 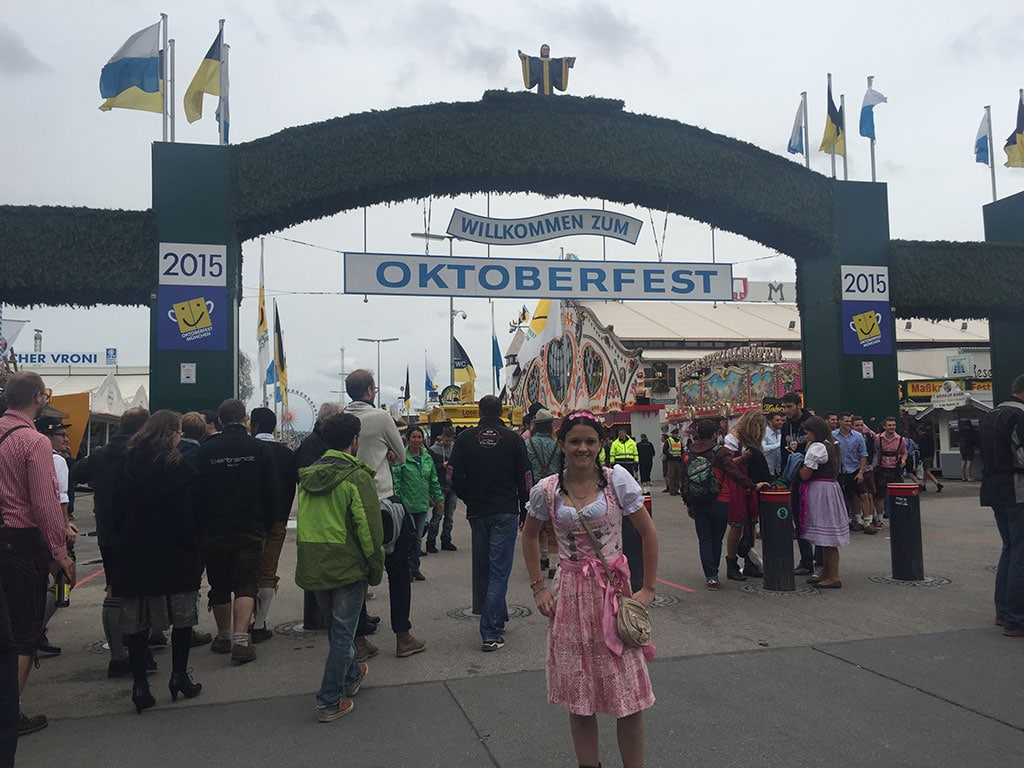 What’s your favourite thing about the festival?

It brings so many people from all over the world together, and we all have one thing in common, we all love BEER!

What would you tell someone who’s never been to Oktoberfest and is thinking about going?

If you’re looking for a fun time with a great group, book with Twisty Swagman, during the week though…the weekend is a bit too crazy!

Well from my vague memory of riding a roller-coaster… I remember it had 5 loops, and it was AMAZING! The food seems to be a faint memory as well, the spatzle…also known as cheese noodles, which were delicious, and every bratwurst / sausage I had were very yummy!

Anything else you’d like to say about the festival

It was the time of my life!

Are you an Oktoberfest Legend? Get featured on our site. 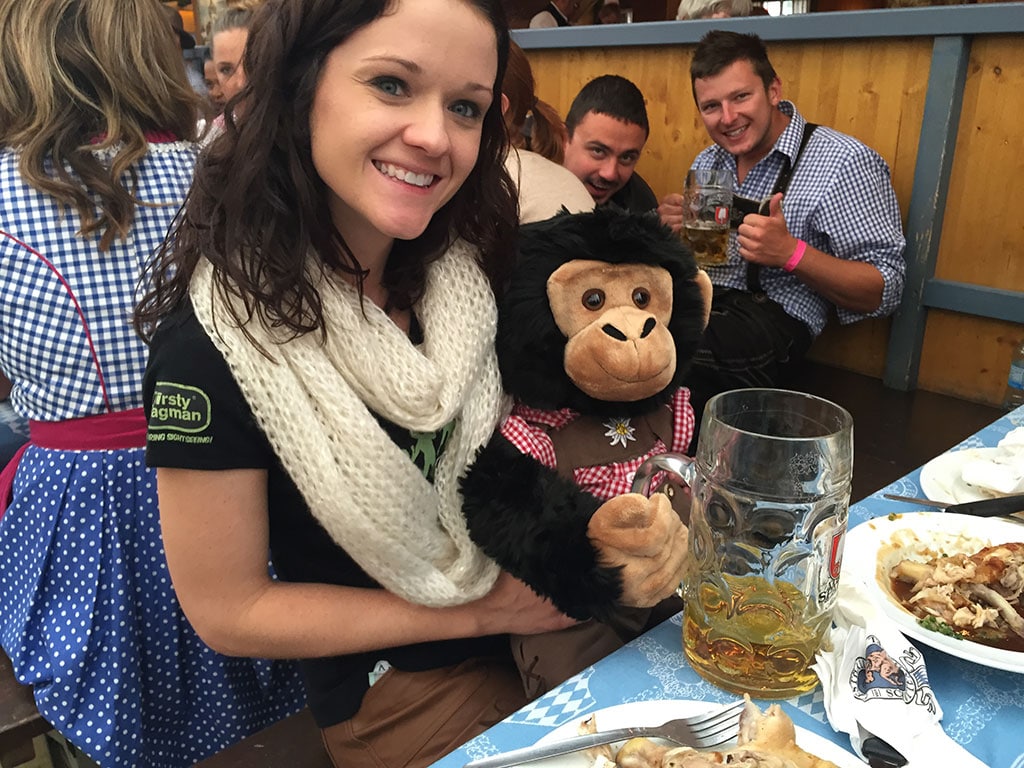