The Origin of Oktoberfest in Munich

One of the most popular travel destinations in Germany isn’t the capital, it’s Munich. Every year in late September people in their millions flock to the city for Oktoberfest, a festival celebrating everything to do with Bavarian culture and beer.

Want to celebrate with us? Join Munich’s Number 1 Oktoberfest tour.

It began in 1810 to celebrate the royal wedding of princess Therese of Saxony-Hildburghausen to crown prince Ludwig, later to become King Ludwig I. The wedding was an exercise in political fence-mending to unite the disparate peoples after rulers quelled a rebellion in Bavaria’s newly acquired Tyrol territory. 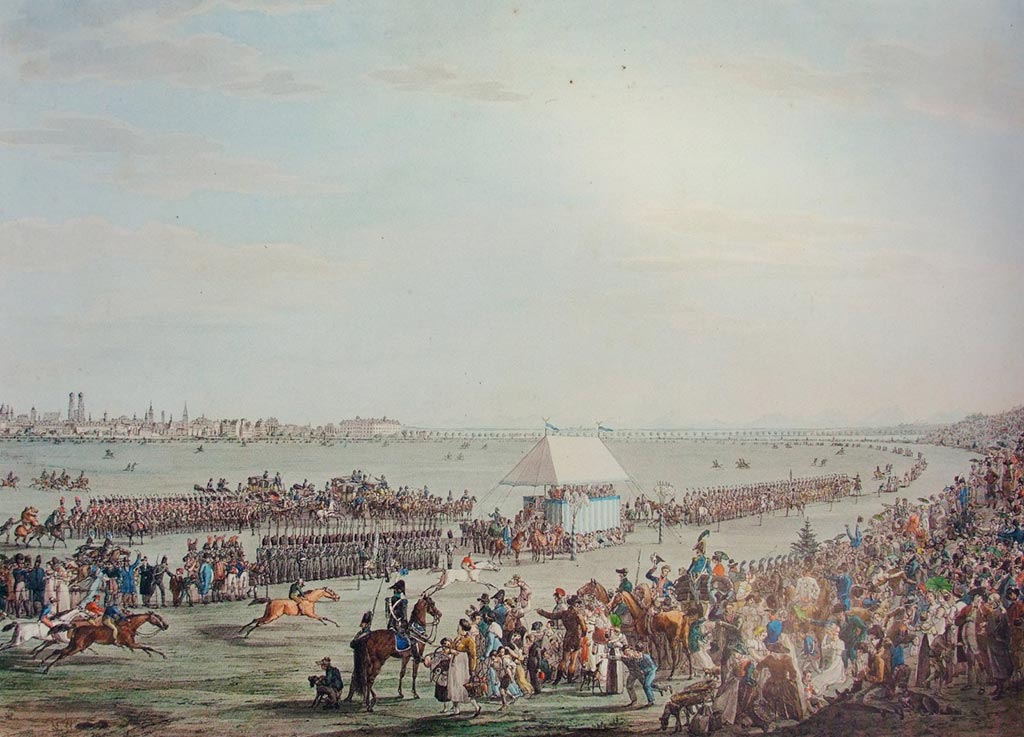 Oktoberfest as it would have looked in 1810

As time would tell, Bavarian beer would come to play a central role in the rule and legacy of the monarchy. Around 40,000 citizens attended the publicly held festival on October 12, 1810 that culminated in a horse race five days later on the fields just outside Munich’s southern city gate. They were later removed in 1938 as Oktoberfest began attracting international visitors and considerable attention.

In May 1844, socialist Frederick Engles wrote that beer was Germany’s national beverage and that Bavarians were much addicted to its consumption, often to the point of excess. Such was the importance of beer in Bavarian daily life. 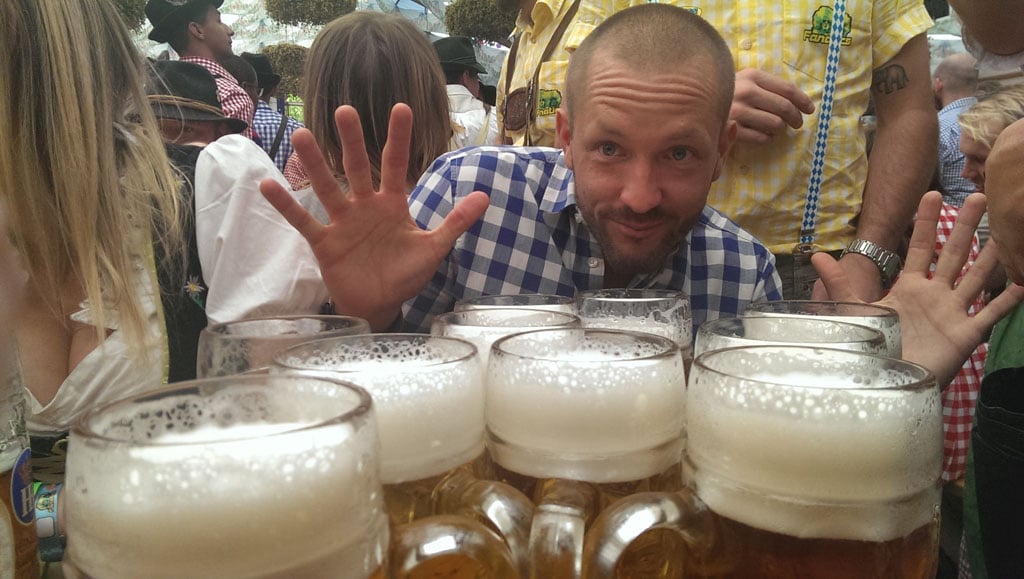 After Ludwig imposed a 10 percent tax on beer, the working class assembled en masse to protest. They took to the streets, assailed public houses and left no small amount of destruction behind in their wake. These riots eventually forced the levy to be removed by order of the king.

Changes to the Festival over the Years

By 1814 the annual festival had grown to include numerous shacks that served beer in half-litre steins. A carousel and two swings were added in 1818 as more and more Bavarian breweries joined the festivities and established their respective beer stands.

The fairgrounds known as the Theresienwiese (or Theresa’s fields) were named in honour of the crown princess and expanded throughout the 1870’s as folk music and dance were added to the agenda. 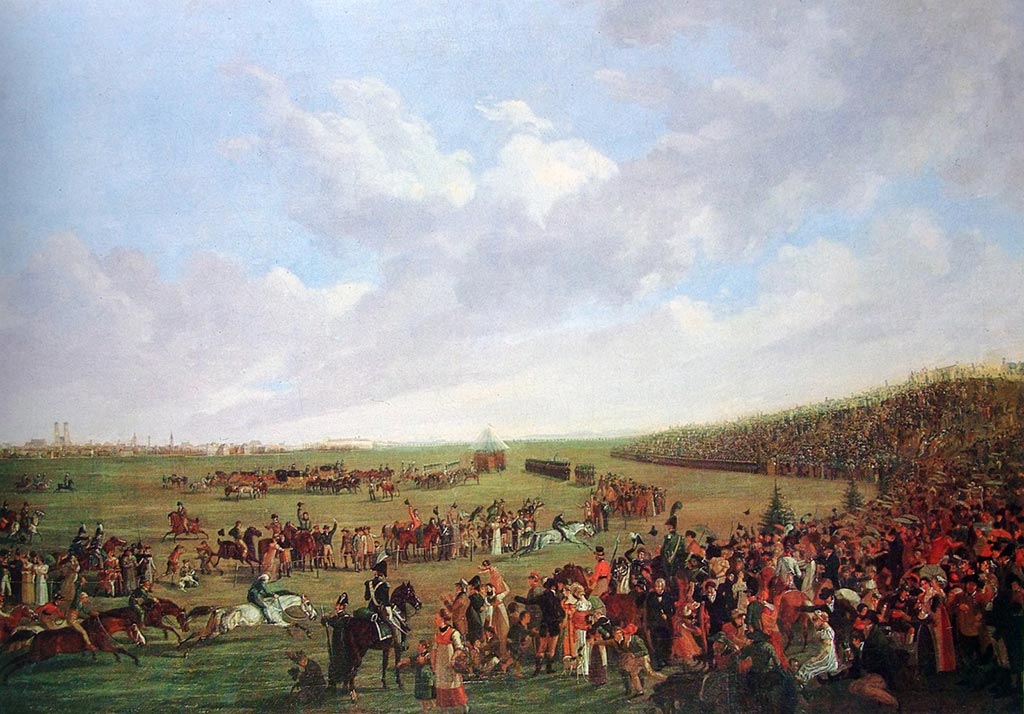 The first parade can be traced back to 1887. The mayor of Munich arrived by coach, followed by dignitaries and horse-drawn carriages bearing barrels of beer from Bavaria’s top breweries and decorated with flowers.

The city mayor leads the procession to the Schottenhammell to perform the traditional ‘tapping of the first keg’. The beer tents as we’ve come to know them only came into use in 1896 as an alternative to beer stands and the festival was brought forward to September to avoid any unfavourable weather.

Oktoberfest as We Know it

More than 7,000 people participate during the opening parades atop elaborate floats and dressed in traditional Lederhosen and Dirndl. Oktoberfest attracts upwards of 6 million people who consume over 7 million litres of beer in sixteen days.

As one of the longest running and most historically relevant festivals in the world, Oktoberfest is an event like no other and has been for more than 200 years. It seems the festival can only go from strength to strength.

Experience Oktoberfest at least once in your life.