Looking for an Oktoberfest beer tent dedicated to weaponry and taxidermy? Well, then you’ve come to the right place—the Armbrustschützenzelt, aka, the crossbow shooter’s tent.

The Winzerer Fähndl (big time crossbow shooter’s club) began in 1895 and has been a presence at Oktoberfest ever since. They used to call the main Paulaner beer tent home but moved to the Armbrustschützenzelt in 1926. (You know how real estate is…) The official German championships in crossbow shooting have taken place here every year since 1935. A crossbow shooting competition inside an Oktoberfest beer tent? Only in Germany. 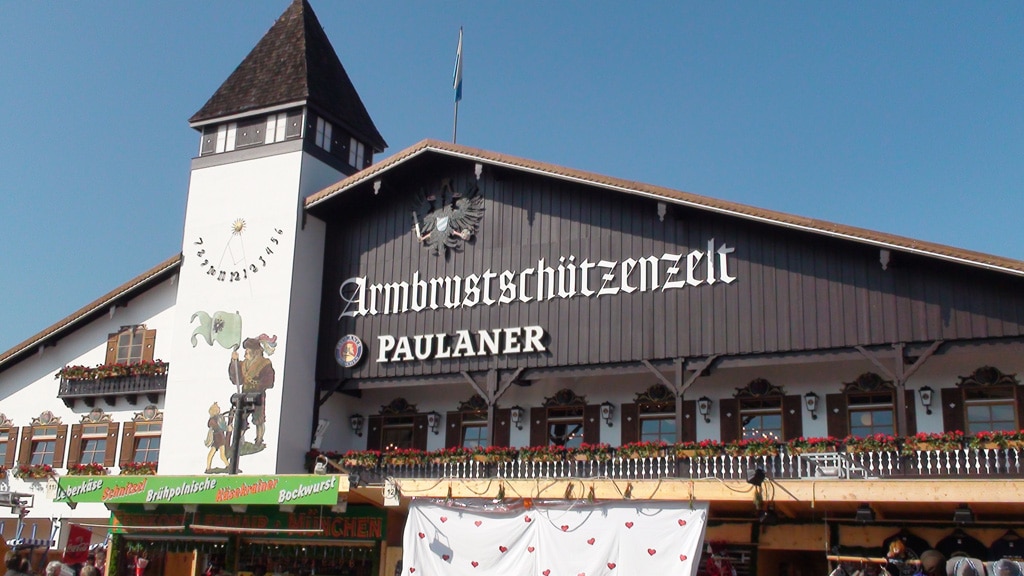 The Armbrustschützenzelt is the second tent from the entrance to Oktoberfest and was built to resemble an oversize hunting lodge. It’s decorated in green and white banners and the faux heads of animals. So… obviously the food here is DELISH. They serve Paulaner beer and traditional Bavarian dishes that are, we think it goes without saying, heavy on the meat. They’re known for having some of the best food and the biggest portions at Oktoberfest.

The Armbrustschützenzelt is one of the larger Oktoberfest beer tents (with a capacity of over 7,400) but, somehow, also one of the less-rowdy of them all. Could it be due to the high presence of lethal weaponry? Perhaps.

We won’t take you cross-bow shooting, but if you’re thirsty for beer check out these Munich Oktoberfest tours. 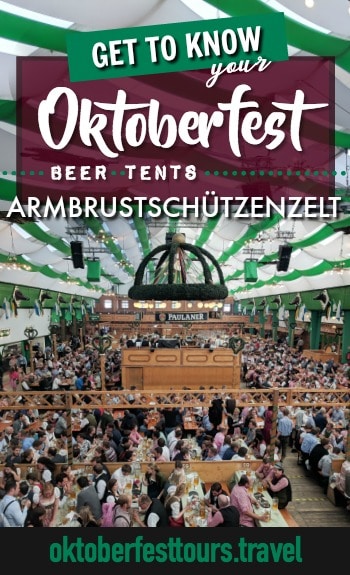