In almost every photo you see of Oktoberfest you’ll spot a giant maß high above the crowds atop a 26-metre-tall tower. This marks the location of the Paulaner Festzelt, the Oktoberfest example of “go big or go home” and one of the festival’s most recognizable beer tents.

With a combined indoor and outdoor capacity for almost 11,000 people, the Paulaner Festzelt unsurprisingly clocks in as Oktoberfest’s largest beer tent. What is surprising, is that this tent—also known as the Winzerer Fähndl—is also thought to be one of the cosiest. But really, how else would you describe the place where you hang with your 10,000 closest friends and a handful of FC Bayern athletes and celebrities? Beats us. 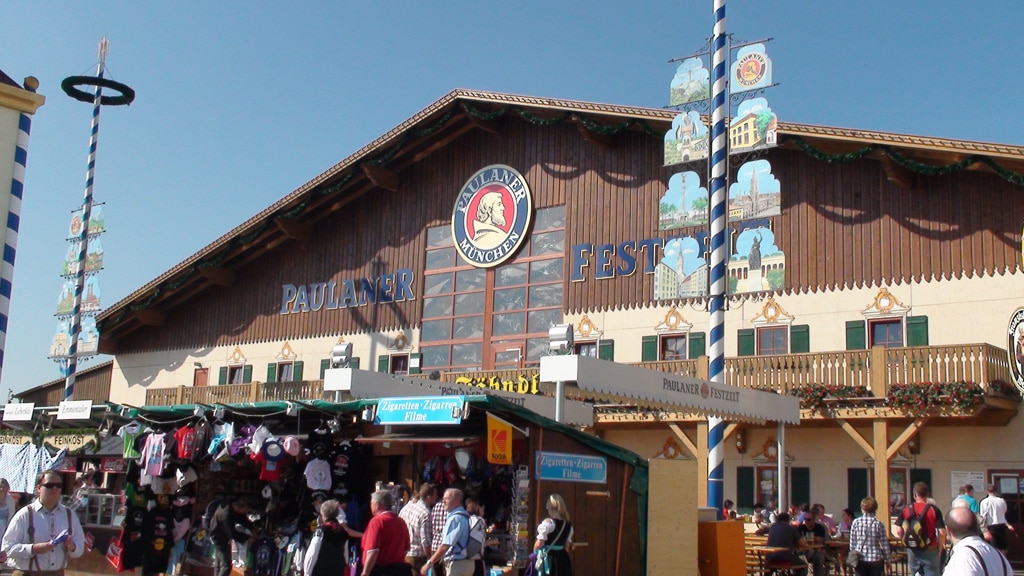 The name Winzerer Fähndl comes from the name of a long ago crossbowmen association who used to call the Paulaner Festzelt home (which we think we’re going to start doing because why not?). The guys with the guns eventually moved into the Armbrustschütenzelt but the name remained the same.

The Winzerer Fähndl is the Paulaner Brewery’s signature Oktoberfest beer tent and has been since 1895 when it upgraded from its status as just a teeny weeny beer stand. Luckily, the other breweries followed suit, bringing Oktoberfest to the massive scale it is today. Paulaner beer has been served here at Oktoberfest since 1818, so it’s no surprise the Paulaner Festzelt was the first to develop its very own beer pipeline—feeding all the taps in the tent from a central source. German ingenuity at its finest!

The Paulaner Festzelt serves up Paulaner festbier, a serious menu of traditional Bavarian dishes, and gemütlichkeit galore. Their live bands are annual crowd favourites and you can even find a local radio station broadcasting from the tent. Look for the massive spinning maß and you’ll know you’re among friends.

It’s time to stop reading about Oktoberfest beer tents and get yourself inside one! Check out these Oktoberfest tours with 5-star reviews. 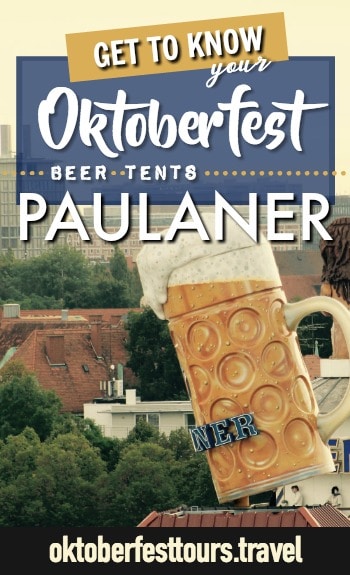