Welcome to the Hacker-Festzelt, one of the largest and most popular Oktoberfest beer tents. Yes, even with room for 9,300 butts this tent still fills up early so set your alarms!

The Hacker-Festzelt is also known as Bavarian Heaven (Himmel der Bayern) thanks to its *heavenly* clouds, sky, and stars motif. A feature special to this tent, the roof opens to let in fresh air and sunlight on nice days. The massive tent is wrapped in painted scenes of Munich landmarks and everyday Bavarian life… like beer drinking and subsequently being carted away in wheelbarrows. The tent also features a rotating bandstand smack in the middle of the tent. All of this designed by Rolf Zehetbauer, an honest-to-goodness Oscar winning set designer. 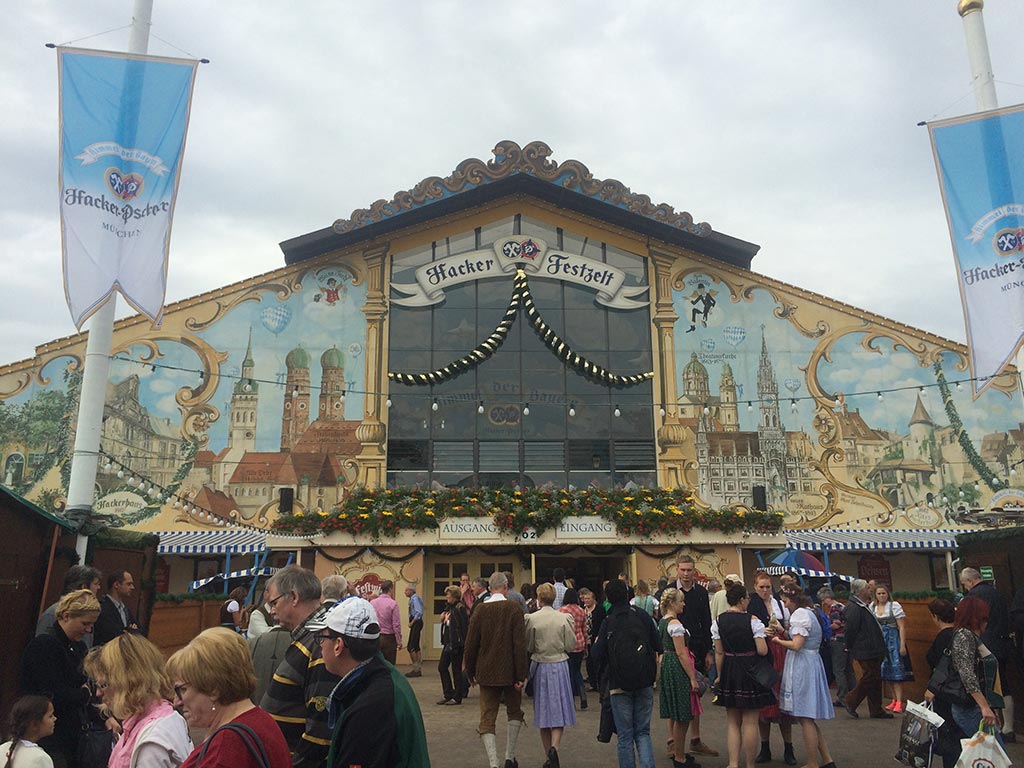 This tent is said to make everyone feel right at home—it’s peaceful and beautiful and hosts one hell of a party that tends to be favoured by the younger crowd. The Hacker-Festzelt also hosts the unofficial, but pretty much official, Oktoberfest closing ceremony. The lights are dimmed and the sparklers are lit, and your 9,000 newest pals all sing together in harmony, giving no craps that all these beer drinkers are wielding open flames. It’s quite lovely.

In the Hacker-Festzelt, Hacker-Pshorr beer is served along with traditional Bavarian specialties in one of the most reasonably priced of all the Oktoberfest beer tents. The Hacker-Pschorr brewery itself dates back to the year 1417, long before the Oscars and the song Sierra Madre were even a glint in someone’s eye. The Hacker-Festzelt is the brewery’s signature Oktoberfest beer tent, though the beer is also served at the Pschorr-Bräurosl and the Herzkasperlzelt inside the Oide Wiesn.

Dreaming of this heavenly Bavarian beer tent? Get yourself inside it on one of our premium Oktoberfest packages. 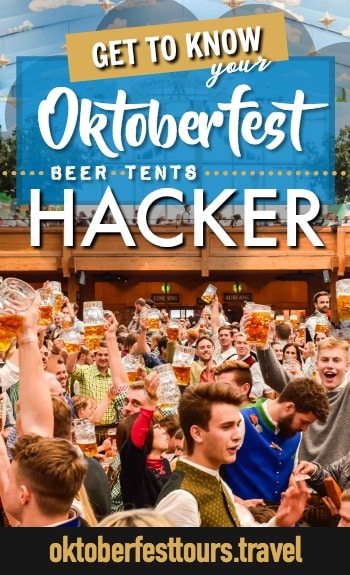