At the feet of the Bavaria statue you have the Schützen-Festzelt, one of the smaller of the “large” Oktoberfest beer tents. There’s room for over 5,000 people inside and a beer garden for almost 1,500 outside. (Just keep your party under 7,000 people and you’ll be fine, mmkay?)

The Schützen-Festzelt is one of the oldest tents at Oktoberfest dating back to 1926. Back then it was just a wee beer booth catering to just 400 thirsty people. Since then it’s grown up a bit, moved to its permanent spot next to Bavaria in 1961, and grown up even more to its present size and look. 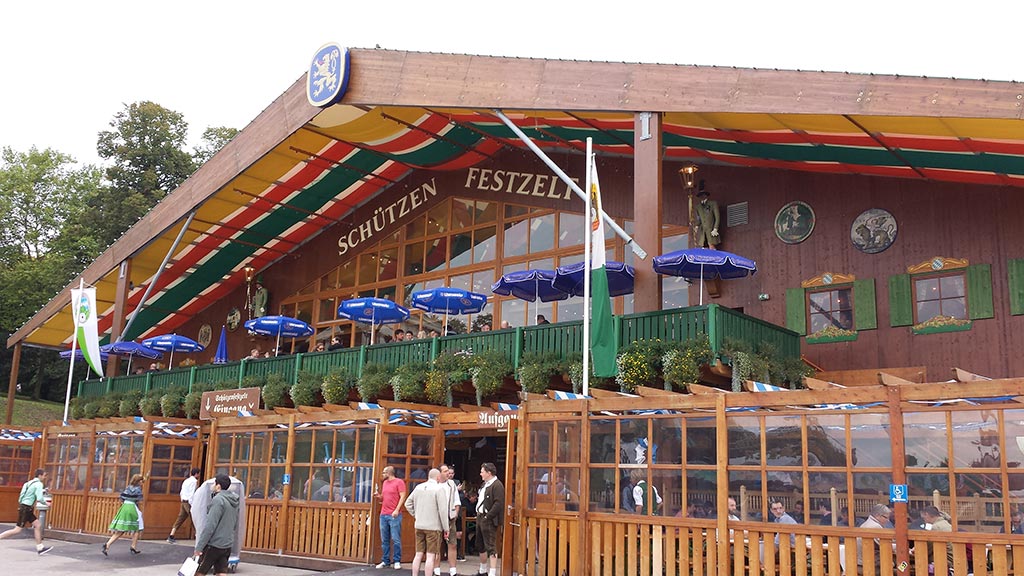 Today, the Schützen-Festzelt caters to a more Bavarian crowd—thanks largely to traditional feel and crossbow shooting range. (What? You didn’t think your food just appeared on your plate now did you?) Inside the tent are shooting ranges catering to members of local shooting clubs (meaning no, you can’t play), especially on the first Sunday of Oktoberfest. And it’s not the only one either with a crossbow shooting competition. (see: Armbrustschützenzelt)

In the tent some call “Löwenbräu’s little brother”, Löwenbräu beer is also served here, as is wine, schnapps, rosé, champagne, and more. The Schützen-Festzelt is famous for its suckling pig covered in Bavarian malt beer sauce (that supposedly melts in your mouth), but they also serve a wide range of other Bavarian specialties as well as vegetarian and vegan meals where, most likely, no guns were involved at all.

Because the Schützen-Festzelt is one of the more popular Oktoberfest beer tents, it’s also one of the toughest to get into. For the best odds of getting inside, show up before noon and leave your crossbows at home. 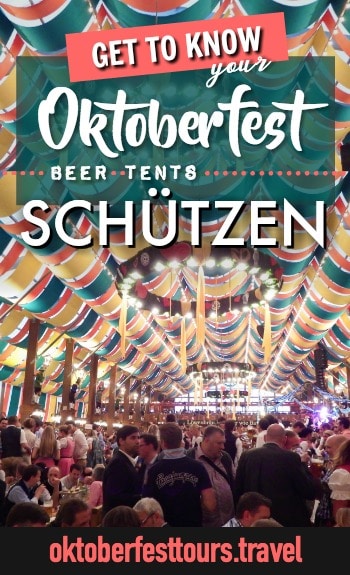