While many Oktoberfest beer tents have that one thing that distinguishes them from the others—a unique atmosphere, an amazing food item, a decorative theme, etc.—this one is no different. However, what visitors remember most about the Fischer Vroni is the smell. You see, this tent is the home of the traditional grilled fish–a delicacy not well known for its subtlety.

The Fischer Vroni began as a humble pushcart (founded by Karl Winter–Munich’s first fish wholesaler) of sea and freshwater fish, cured fish, salted herrings, and more way back in the early 1900s. Eventually, smoked mackerels became all the rage at Oktoberfest and a weird and smelly tradition (and then, a huge beer tent) was born. 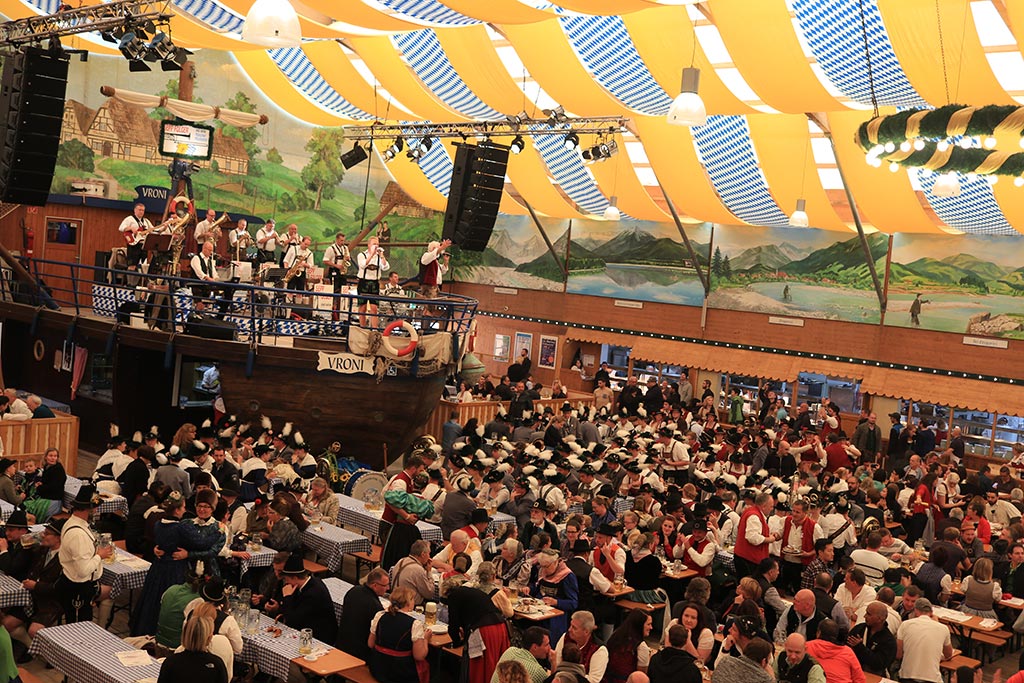 Today, the Fischer Vroni is still home to the Oktoberfest grilled fish on a stick (Oktoberfish?) but, also, a straight-up ship in the centre of the tent from where the band plays. We’re talking masts, sails, nets, life preservers, the works! Actually, life preservers inside an Oktoberfest beer tent doesn’t sound like a terrible idea. Raise your hand if you could’ve used one as some point!

All the seafood aside, they still serve up traditional Bavarian land food like ½ chickens, veal, pork, and even meals for land-lubbing vegetarians.

It might be seafood, but when we see food we want it all. 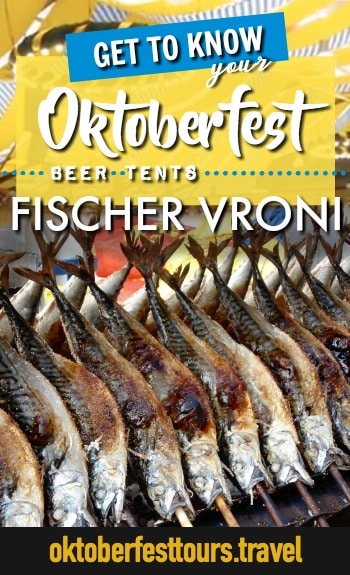