Here’s the rundown of everything that’s happening at this year’s Oktoberfest. Take a good read to decide which day/s would be the best for you to visit. We also give you the all-important opening hours for tents and attractions.

Saturday September 19
11am:   Entrance of the Oktoberfest hosts on the Theresienwiese. Landlords and Breweries parade through Munich on carriages.
12pm:   O’zapft is! New mayor of Munich Dieter Reiter taps the first keg in the Schottenhammel tent to officially start Oktoberfest 2015.

Sunday September 20
9am:   Oktoberfest tour for 1200 preschool students.
10am:   The traditional costume and rifleman parade through Munich.

Monday September 21
12pm:   Seniors entertainment in the 14 large tents (by invitation only). First day of lunchtime specials from 10am to 3pm.

Friday September 25
With the Italian’s weekend coming up, the caravans make a pilgrimage from the south to Munich.

Saturday September 26
Tents are full as early as noon for International Visitor day. Each year, they try to beat the record for the largest crowd.

Sunday September 27
11am:   Mountain Festival at Oktoberfest. This is a traditional concert of Oktoberfest brass bands at the feet of the Bavarian statue.

Monday September 28
6pm:   Gay event with The Revival of Prosecco-Wiesn in the Fischer-Vroni tent.

Friday October 2
Last weekday of Oktoberfest and your last chance to get into tents relatively easily during the day.

Will you be singing at Oktoberfest 2015?

On Monday to Friday (except holidays) from 10am to 3pm, the sign Mittagswiesn will be hung outside tents and attractions indicating discount prices on meals, drinks, admissions and attractions. 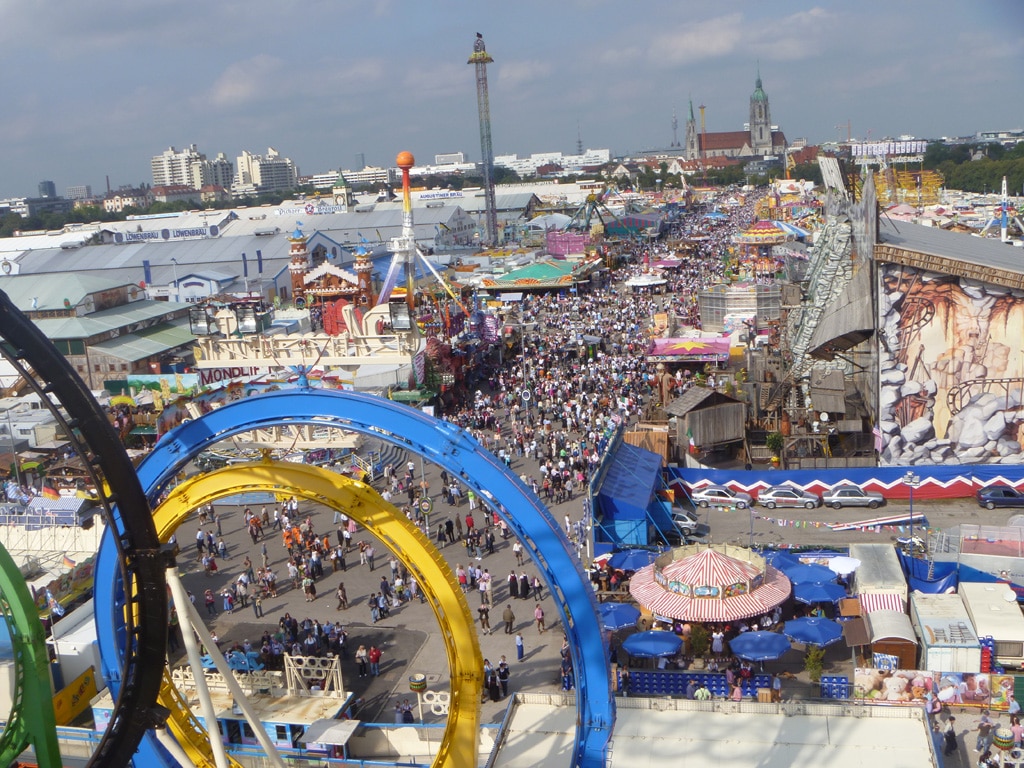